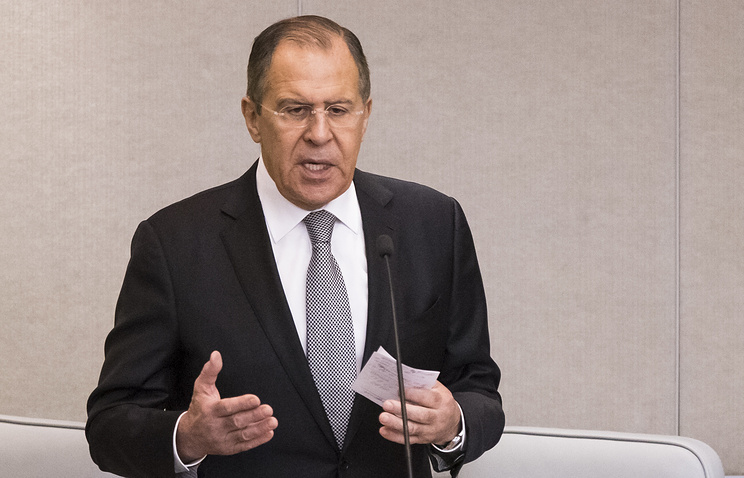 Moscow stands for building fair and complementary cooperation with Washington and Beijing in the sphere of economics and security, Russian Foreign Minister Sergey Lavrov said addressing the State Duma (lower house of parliament).

"We never build friendships with someone against someone," the minister stressed when asked what position Russia would adopt if relations between China and the US soured, according to TASS.

Lavrov added that Russian-Chinese ties, which he describes as friendly, effective and trusted, had been booming. He also said that the development of Russia’s relations with any country of the world "will not challenge Russian-Chinese strategic partnership."

According to Lavrov, Moscow would like the US, China and Russia to build relations with each other. At the same time, in his words, the three countries should maintain an open and honest attitude towards other countries. "I am sure that the structure of the Russian, US and Chinese economies could allow us to develop mutually beneficial cooperation," the top diplomat noted. "As for global security issues, the three countries play a very important role in solving them."

"Russia and China have been resisting the attempts to push some controversial decisions concerning global politics. We expect Donald Trump to follow through on his pledges to solve the United States’ problems first and abandon the policy of interfering in the interior affairs of other countries," Lavrov said.

He added that some unions reminiscent of the EU had been forming on the post-Soviet Union territory that will undoubtedly play an important role in solving global political and economic issues. "Russia, the US and China, as well as the European Union and the powerful countries of Asia, Latin America and Africa, are centers of modern economic and financial growth," the Russian top diplomat added. "The political influence of these countries has also been growing."