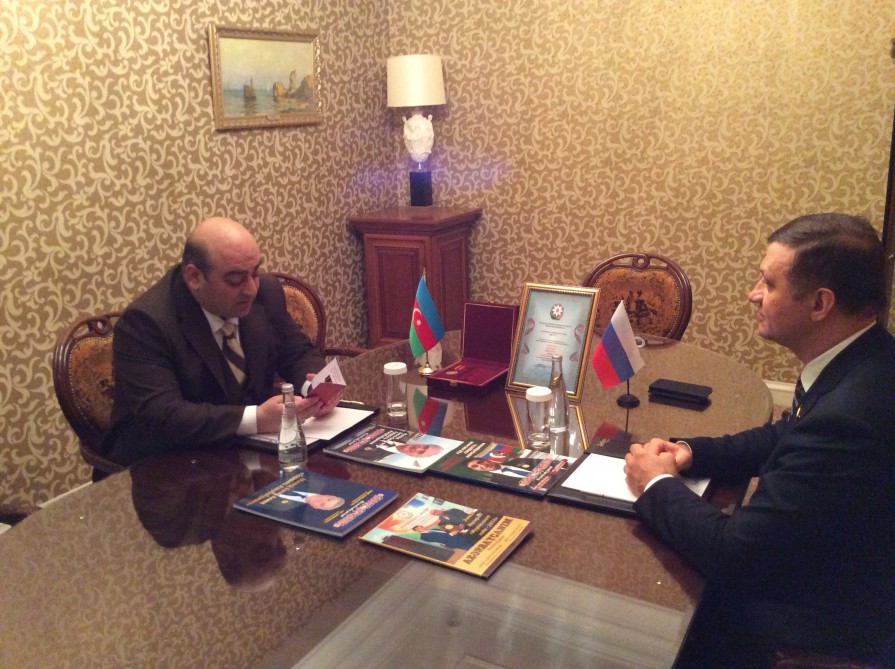 Chief editor of the magazine Emil Nasirli presented the order to Savelyev in a ceremony in Moscow, AzerTag reports.

Addressing the ceremony, Nasirli said the award recognizes Savelyev`s efforts to promote Azerbaijan internationally, and increase the world community`s awareness of the Armenia-Azerbaijan Nagorno-Karabakh conflict and Armenia's policy of aggression against Azerbaijan.

In his acceptance speech, Savelyev said he is honored to receive the award. He described Azerbaijan as one of the main partners of Russia in all areas. He pointed out that Azerbaijan pursues an independent foreign policy based on the principles of democracy and multiculturalism.