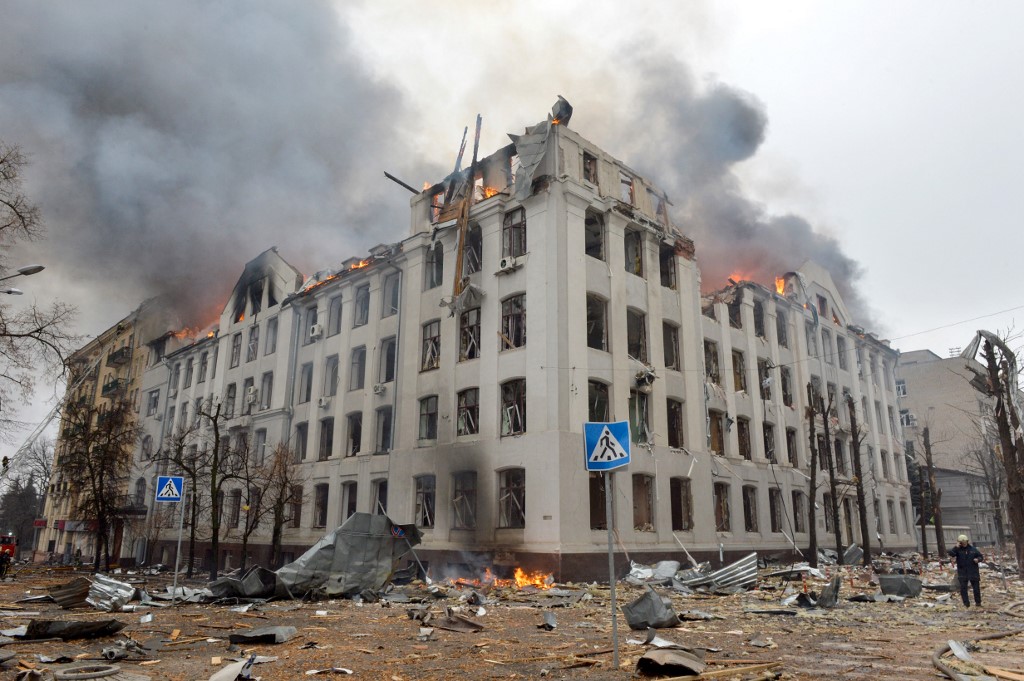 Russian forces have shelled a district of the Ukrainian city of Kharkiv in recent hours, the regional military governor said in a statement, News.az reports citing UNIAN.

Oleh Syniehubov, head of Kharkiv regional military administration, said the Kyiv district of Kharkiv city had been subjected to Russian shelling over the past 24 hours, and that several shells hit the suburb of Mala Danylivka overnight -- with no casualties.

A 65-year-old woman was killed by Russian fire in the village of Slatyne, he added.

Ukrainian troops have in recent weeks pushed back Russian forces from around Kharkiv, Ukraine's second-largest city. But it has remained in range of some Russian weaponry.

"Fighting continues in the region," Syniehubov said. "In the Kharkiv direction, the enemy is trying to hold its ground and prevent further advance of Ukrainian troops."

Syniehubov said Ukrainian troops had shot down a Russian Ka-52 combat helicopter in the Kharkiv region, a claim that could not be immediately verified.