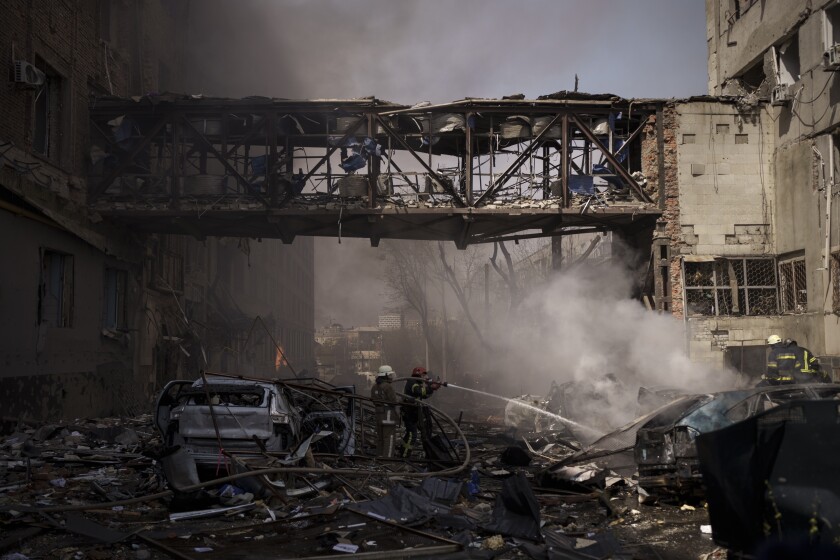 Russian forces shelling Ukraine’s second largest city of Kharkiv have targeted residential and industrial zones across the city, according to Serhii Bolvinov, head of the Investigative Department of National Police in Kharkiv, News.az reports citing UNIAN.

In addition to those who died in Kharkiv, four other people were killed in surrounding towns and villages, including an 8-year-old girl.

Ukrainian officials reported an uptick in Russian shelling overnight around the area.