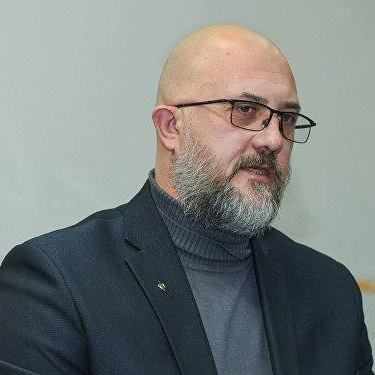 The socio-economic situation, and in general, the standard of living in Armenia after Prime Minister Nikol Pashinyan came to power, has not actually changed, despite the numerous assurances of the current prime minister addressed to the Armenians during rallies in the streets of Yerevan.

Earlier, the opponents of the current regime voiced such an opinion, but today politicians, officials, and those who are aware of the hopeless future of the country voice the same opinion.

As a result, more statements were made that the Pashinyan government would not last a long time in Yerevan. For example, Armenian News.am information-analytical agency has recently published a similar statement voiced by the board member of the Sasna Tsrer party Varujan Avetisyan.

The politician expressed an opinion that the Pashinyan government would exist for two years at most. Armenia will inevitably face the need for the snap election. Avetisyan said that the government led by Pashinyan will resolve the issue of holding a snap election. The politician is sure that if the economic revolution does not overshadow Armenia as soon as possible, it will be ruined.

While commenting on the statements of the Armenian politician, and on the whole, the situation in Armenia, well-known Russian expert and TV host Yevgeny Mikhailov voiced the disappointing forecast for Armenia, according to Trend.

"My forecast for Armenia for the near future is very sad,” he said. “The economy is in stagnation, while Pashinyan’s promises remained on paper. To be an opposition journalist and come to power is, to put it mildly, a very good example showing that it is impossible to develop political life in such a way in the country. It is obvious that Yerevan’s new political establishment is not a good example.”

“In anticipation of a miracle, rapid prosperity, the Armenians chose an absolutely anti-people regime and received nothing except promises,” Mikhailov said. “As a result, there was an obvious tension in relations with Azerbaijan. The previous leaders had some kind of dialogue with Azerbaijan through Russia’s mediation and moreover, there was a confrontation with Moscow on many issues.”

“The situation with the strategic partnership, voiced by Pashinyan is unclear,” he said. “In fact, we see only deteriorated relations.”

As an example, the Russian expert cited the seemingly unobtrusive fact about the fine imposed on the Russian military base in Gyumri.

"This is Russia’s frank challenge, which ensures Yerevan’s security from external threats,” Mikhailov stressed. “Apparently, the military base in Gyumri is an important irritant for the Western sponsors of the new Armenian leaders and they are gradually making attempts to oust Russia, its national interests from the region.”

“I think Moscow will find a way to respond to hostility,” he said. “Russia understands that the Armenians are not guilty of their government’s actions. They are guilty of allowing this situation to happen. However, I can assume that people will oust Pashinyan soon as easily as they elected him because they will not survive without Russia.”

“Leader of Sasna Tsrer, the nationalist movement in Armenia, announced the end of the short Pashinyan era, confirming the apparent problem of the inability of the new government to give people what it promised,” Mikhailov said.

“However, this comment is annoying because such statements are actually made by the representatives of the hostile party striving for seizing new territories," he added.