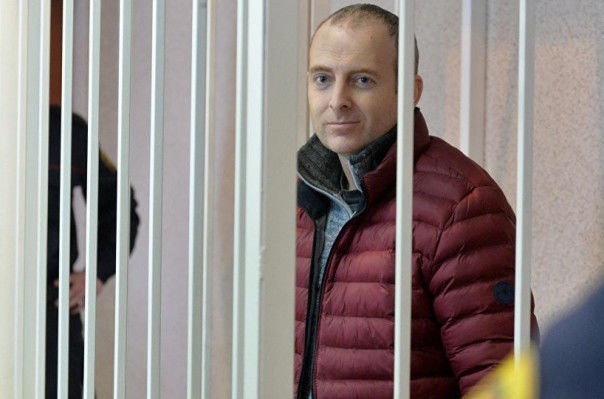 After Alexander Lapshin’s extradition to Azerbaijan in accordance with international law, the embassies of the countries which he is a citizen of were given off

On February 8, Alexander Lapshin, who faces charges in accordance with the criminal procedure law, was informed about the charges against him as well as his rights and duties, with the participation of a defender and an interpreter in order for him to get access to legal assistance, APA reported citing the Prosecutor General’s Office’s website.

Lapshin underwent medical examination when he was brought to the Baku detention facility №3 and found out to be in good condition of health. In accordance with the Vienna Convention on consulate relations, a meeting was organized between Lapshin and Russian embassy officials on February 9, at the request made by the Russian embassy to the Foreign Ministry of Azerbaijan.

Lapshin, who holds Russian, Israeli, and Ukrainian citizenship, paid illegal visits to the occupied Azerbaijani territories in April 2011 and in October 2012, violating Azerbaijan’s laws on the state border and passports. He made statements against Azerbaijan’s territorial integrity. The Azerbaijani Prosecutor General’s Office has opened a criminal case against him on articles 281.2 (public calls directed against the state) and 318.2 (illegal crossing border of the Azerbaijan Republic), and issued an international arrest warrant for him.