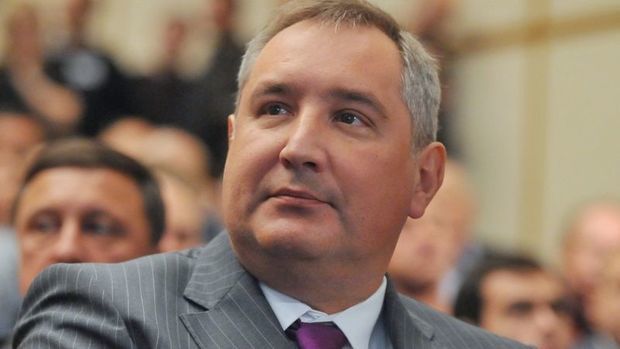 Rogozin said earlier that during a visit to Iran, he planned to meet with president of Moldova Dodon.

Russian Deputy Prime Minister Dmitry Rogozin will head to Iran on Saturday, a source in his office told TASS. In accordance with President Vladimir Putin’s instructions, he will lead the Russian delegation to the inauguration ceremony of Iran’s newly-elected President Hassan Rouhani. However, the source added Rogozin had a wider agenda than just participation in official events.

"The parties have reached a preliminary agreement on boosting military cooperation after new sanctions were imposed on both countries. This is why Russia’s delegation headed by Rogozin will consider the opportunities to clinch new agreements," the source pointed out.

Besides, the source in the Russian deputy prime minister’s office said that Rogozin was also scheduled to hold a meeting with Iranian Vice President Sorena Sattari to exchange views on the transfer of technologies and the training of Iranian specialists in Russia.

On the sidelines of the official events expected to take place in the Iranian capital, the Russian deputy prime minister will also hold a meeting with Moldovan President Igor Dodon. "They will discuss the dramatic deterioration of bilateral relations and the Moldovan president’s plans to prevent a new war in Transnistria," the source said.
Rogozin said earlier that during a visit to Iran, he planned to meet with Dodon. "Indeed, I plan to hold a conversation with Dodon," Rogozin said. According to him, the parties will, first and foremost, discuss economic issues, but taking into consideration the recent events, they will also have to touch upon security issues and ways to maintain peace in the Dniester River area. Rogozin added that the expected the conversation to be substantive. "I want to understand what the head of Moldova thinks of the recent developments," the Russian deputy prime minister said.

According to earlier reports, Rogozin’s visit to Moldova, scheduled to take place on July 28, was disrupted because Romania had refused to allow his plane to cross the country’s airspace. According to the S7 aircraft company, its regular flight from Moscow to Chisinau was banned from entering Romania’s airspace by the air-traffic service under the pretext of a "sanctioned person" on board. The plane eventually landed in the Belarusian capital of Minsk from where the Russian deputy prime minster took an Aeroflot flight to Moscow.