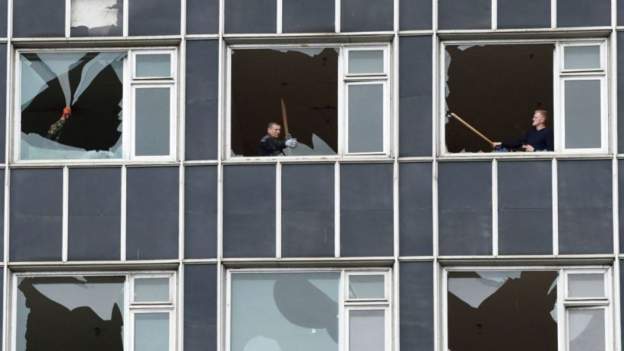 Away from the fighting in Mariupol, Russia is also attempting to hamper Ukrainian resupply efforts with missile strikes across the country, the UK's Ministry of Defence says, News.az reports citing BBC.

Ground operations are still focused on eastern Ukraine, it says in its latest assessment of the fighting, and the targeting of key cities highlights Russia's desire to control access to the Black Sea.

It says non-military targets such as schools, hospitals and residential properties continue to be hit, indicating Russia's willingness to target civilian infrastructure in an attempt to weaken Ukrainian resolve.