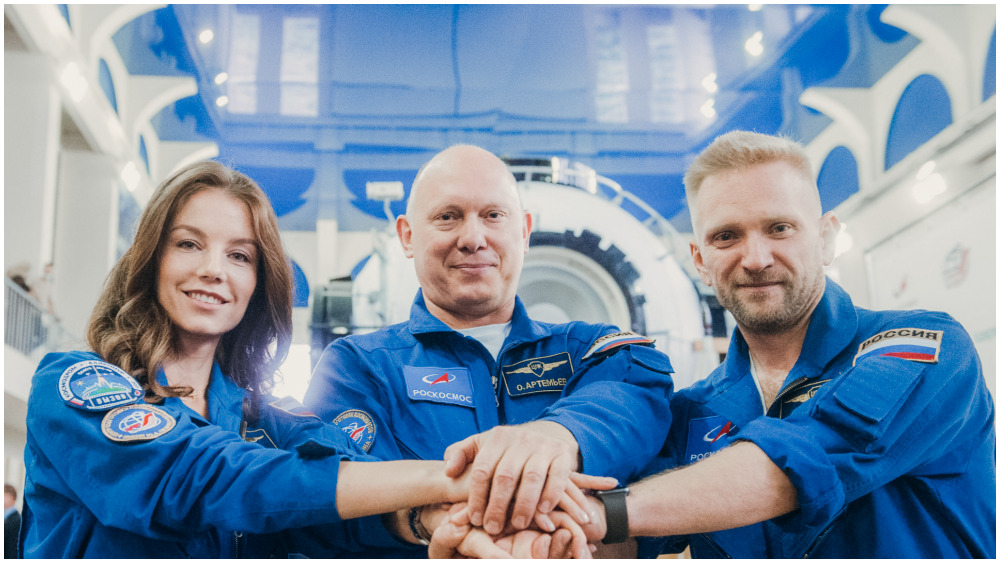 Russia on Tuesday launched a Soyuz MS-19 spacecraft carrying a filmmaking crew to the International Space Station (ISS) to make the first movie ever shot in space, Anadolu Agency reports.

Film Director Klim Shipenko and actress Yulia Peresild, guided by cosmonaut Anton Shkaplerov, are traveling to the ISS to shoot scenes in the station itself and in outer space for the movie titled Vyzov (Challenge) about a female doctor who flies into orbit to save the life of an astronaut, the Russian State Corporation for Space Activities (Roscosmos) said in a statement.

Russian cosmonauts Anton Shkaplerov, Oleg Novitsky, and Pyotr Dubrov will also take part in the filming of the movie.

Before going to the ISS, the actress and director had trained for almost six months -- from May to October -- at the Yuri Gagarin Cosmonaut Training Center.

They underwent technical, physical, psychological, and other types of training.

The film crew plans to spend 12 days at the ISS and then return on Oct. 17 aboard a Soyuz MS-18 spacecraft, piloted by cosmonaut Oleg Novitsky.