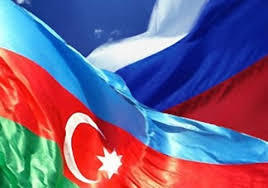 The signing of agreements between Russia and Azerbaijan will give an additional impetus to further development of relations between the two countries, trade representative of Russia in Azerbaijan Eldar Tlyabichev told Trend Sept. 4.

The trade representative said the action plan for development of key areas of cooperation includes the so-called road maps on such important issues as enhancement of trade and mutual investments, creation of transport routes, as well as expansion of humanitarian cooperation, including cultural and tourism exchange.

Touching upon the development of economic relations between the two countries, Tlyabichev noted that currently they are developing at an increasing pace.

"Trade turnover between Azerbaijan and Russia amounted to $2.5 billion at the end of last year, increasing by almost 35 percent compared to 2016. Russia's direct investment to Azerbaijan has already reached $1.5 billion. Many companies with Russian share operate in Azerbaijan. It is also worth noting that the contacts between business communities, in particular through small and medium businesses are expanding," Tlyabichev said.

Touching upon the priority areas of cooperation, Tlyabichev noted that currently, in addition to the agriculture sector, there are many other areas of interest to both countries.

"One of them is pharmaceutics. In particular, the Russian company R-Pharm has invested in the construction of a drug production plant [Hayat Pharm] in Azerbaijan, which will open in 2019, but the areas of interest are not limited to this plant."

"Many Russian energy companies are also successfully operating in Azerbaijan. Cooperation in industry is deepening. There are also great prospects in transportation and these prospects will increase even more with the implementation of the North-South corridor project," Tlyabichev said.