Russia bans entry to nearly 600 Canadians including Trudeau and Freeland 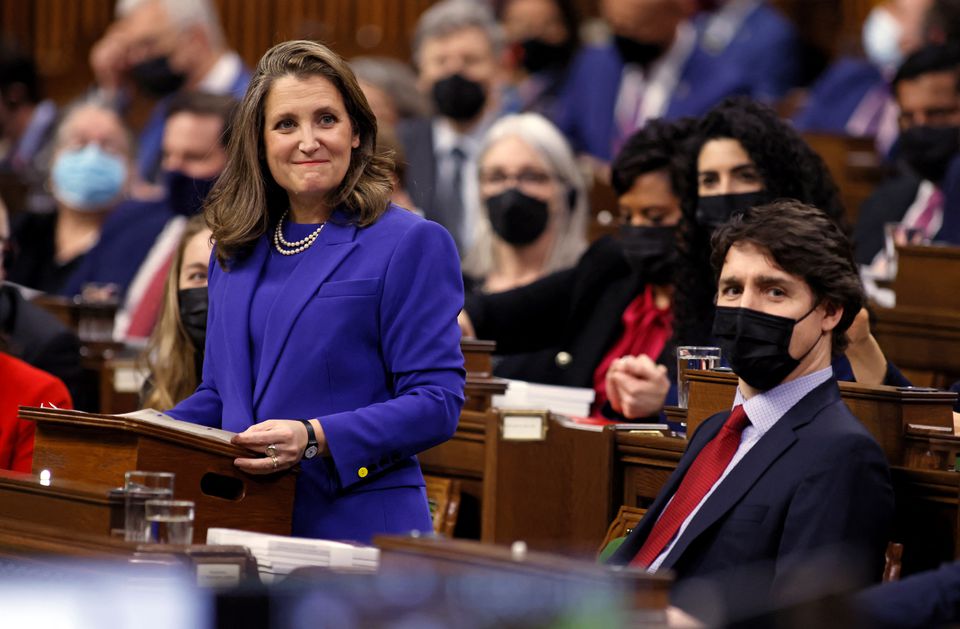 Russia said on Thursday it was imposing entry bans on nearly 600 Canadian nationals including Prime Minister Justin Trudeau for what it called "hostile actions" by the country's leadership, News.az reports citing RIA Novosti.

Deputy Prime Minister Chrystia Freeland was also among 592 people barred from travelling to Russia in the largely symbolic move.

It formed part of a pattern of Russian retaliation against countries which have provided political and military support to Ukraine. On Wednesday, Russia imposed a similar travel ban on hundreds of British members of parliament.

"We emphasize these kinds of sanctions are imposed out of necessity by the Russian side and exclusively in response to the hostile actions of the Canadian leadership," the Russian foreign ministry said in a statement.

The ministry last week announced sanctions against 61 Canadian officials, journalists and military experts for supporting what it called the "Russophobic" stance of the Canadian administration.