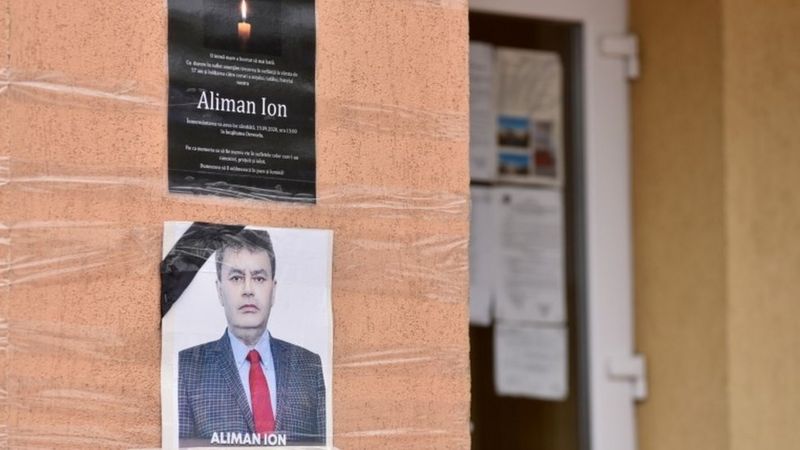 A Romanian mayor who died from coronavirus complications has secured a landslide victory in local elections.

Ion Aliman won a third term as mayor of Deveselu, a village in southern Romania, securing 64% of the vote.

Officials said his name was already printed on ballots and could not be removed after he died in the capital, Bucharest, on 15 September.

Another election will be held, officials told Reuters, but locals have visited his grave to pay respects.

A video on social media shows a large group of villagers gathering around Mr Aliman's tombstone.

"It is your victory," one man can be heard saying in the video.

"He was a real mayor to us," another woman told local outlet ProTV, Reuters reported. "He took the side of the village, respected all the laws. I don't think we will see a mayor like him again."

Mr Aliman, a former naval officer, was a member of the left-leaning Social Democrat Party (PSD) and would have turned 57 on Monday.