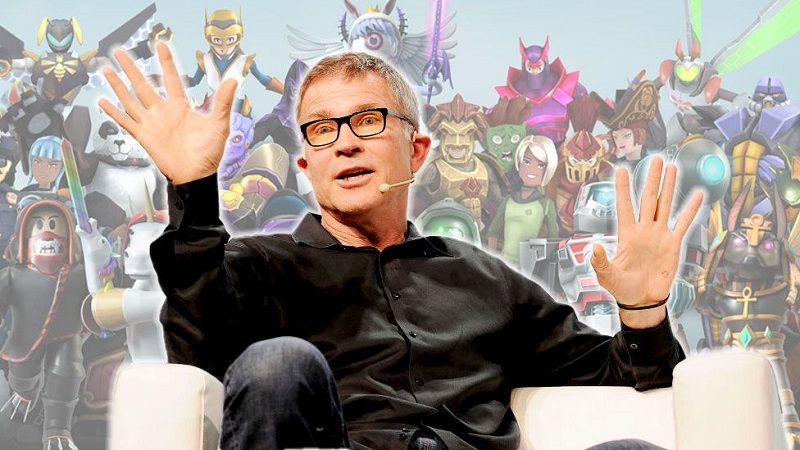 Chief executive of Roblox David Baszucki may well be letting out the "Oof" sound made famous by the game after the firm's debut on Wall Street netted him $4.6bn (£3.3bn).

The gaming platform has risen in value by 60% to $47bn after its first day of trading on the New York Stock Exchange.

It means it is worth more than some of biggest games publishers, including Take Two, Ubisoft and Electronic Arts.

Mr Baszucki said it would help create a digital world that went beyond gaming.

"To all those who helped us get one step closer to fulfilling our vision of the Metaverse - thank you," he tweeted.

The Metaverse is a science fiction concept for a series of interconnected digital worlds where people hang out, play games, work and learn.

The phrase was coined in the novel Snow Crash, where it served as a virtual-reality-based successor to the internet. The novel Ready Player One and its 2018 film adaptation depicted a similar idea in its "Oasis" and several games have attempted to create virtual worlds for real-world activities.

Roblox is the world's largest user-generated games site. Players can also build and share online worlds. It is free to play, relying on purchases paid for in currency known as "robux" for its income.