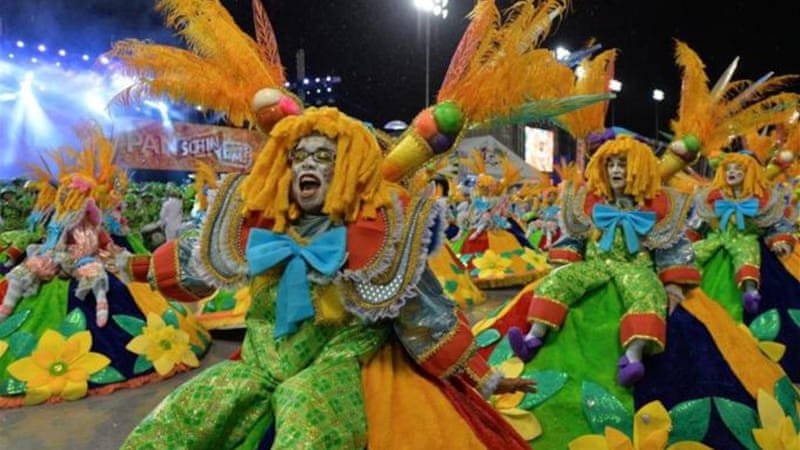 Rio's carnival, the world's biggest, is an epidemiologist's nightmare in a pandemic: an extended festival of tightly packed crowds dancing through the streets and flocking to the city's iconic "Sambadrome" for massive parades featuring scantily clad dancers, small armies of drummers and all-night partying at close quarters.

The event draws millions of tourists from around Brazil and the world to the beachside city each year.

Rio's elite samba schools, which typically spend the entire year preparing their elaborate parades, had said in July it would be difficult to organize the event for February 2021 if there were still no certainty of a vaccine for the new coronavirus by late September.

It is the first time in more than a century that carnival has been postponed in Rio.

The last time was in 1912, after the death of long-time foreign minister Jose Maria da Silva Paranhos Junior.

The late foreign minister is reported to have once said: "Only two things exist in Brazil which are really organized: disorder and carnival."

Brazil has registered 4.7 million infections and nearly 140,000 deaths from Covid-19.

And while the spread of the virus has slowed somewhat since its July peak, the numbers are still alarmingly high in Brazil, with an average of nearly 30,000 new cases and 735 new deaths per day over the past two weeks, according to health ministry figures.

Brazil has struggled to set a cohesive policy to deal with the pandemic.