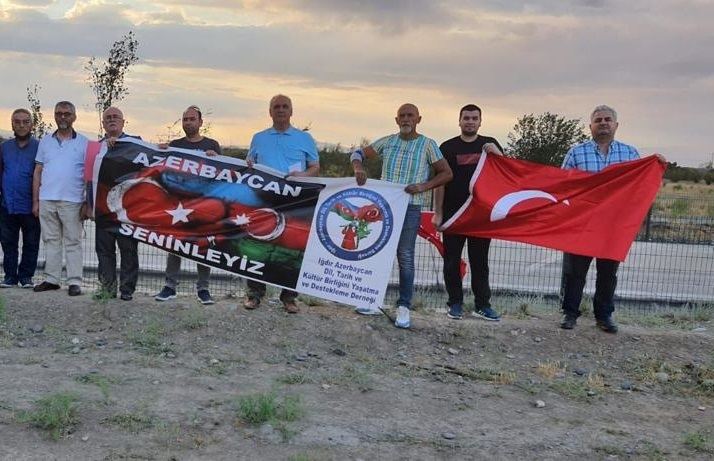 Residents of the Turkish Igdir province held a rally on a section of the Araz river, flowing through the territory of the province's Agaver village to protest against the pollution by Armenia and German companies of the Okhchuchay river running via Azerbaijan’s Zangilan district [and originating in Armenia's territory], the Azerbaijani State Committee for Work with Diaspora told News.Az.

The rally was organized by the Igdir-Azerbaijan Association for the Support of the Unity of Language, History and Culture.

During the event, a group of members of the association and the residents with Azerbaijani and Turkish flags in their hands protested against the environmental terror committed by the copper-molybdenum plant in Armenia, the controlling shares of which belong to German Cronimet company.

The protesters demanded that the Armenian government and the German company Cronimet put an end to the environmental terror, as a result of which waste is dumped into Okhchuchay without treatment.

At the end of the rally, the chairman of the association, Ziya Zakir Acar, read out a statement on behalf of the protesters.

The statement said that the Armenian government and the German company Cronimet are equally responsible for the pollution of Okhchuchay in accordance with international law.

The authors of the statement called on international organizations not to ignore this environmental terror and to take decisive measures against it.