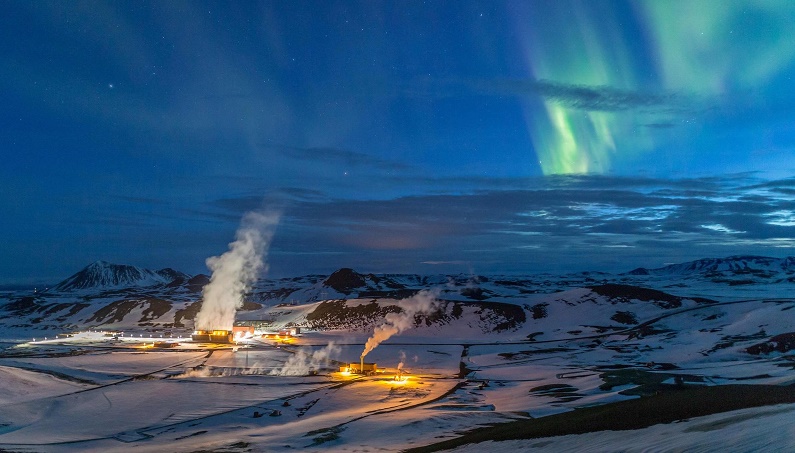 Iceland is home to more than a hundred volcanos, but Krafla volcano is one of the countries most awe-inspiring natural wonders. It is known for its large crater lake of turquoise water, plumes of smoke and sulfurous bubbling of mud and gases, French Press Agency reports.

Here, in the country's northeast, a team of international researchers is preparing to drill two kilometers (1.2 miles) into the heart of the volcano, a Jules Verne-like project aimed at creating the world's first underground magma observatory.

Launched in 2014 and with the first drilling due to start in 2024, the $100-million project involves scientists and engineers from 38 research institutes and companies in 11 countries, including the United States, Britain and France.

The "Krafla Magma Testbed" (KMT) team hopes to drill into the volcano's magma chamber. Unlike the lava spewed above ground, the molten rock beneath the surface remains a mystery.

The KMT is the first magma observatory in the world, Paolo Papale, a volcanologist at the Italian national institute for geophysics and volcanology INGV, tells Agence France-Presse (AFP).

"We have never observed underground magma, apart from fortuitous encounters while drilling" in volcanoes in Hawaii and Kenya, and at Krafla in 2009, he says.

They also hope to further knowledge about volcano prediction and risks.

"Knowing where the magma is located... is vital" in order to be prepared for an eruption. "Without that, we are nearly blind," says Papale.