Rescuers in Japan hunt for 80 missing after deadly landslides 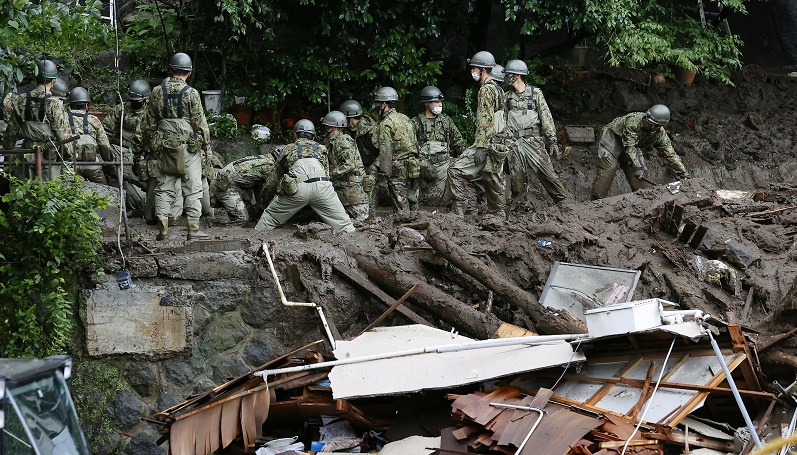 Rescuers in Japan searched on Monday for 80 people believed to be missing two days after landslides tore through the seaside city of Atami, destroying houses and burying roads under mud and rock.

The official death toll from the landslides that hit early on Saturday is four, according to Atami city spokesperson Hiroki Onuma, while the number of missing had come down from 113 earlier.

"My mother is still missing," one man told NHK television. "I never imagined something like this could happen."

The landslides are a reminder of the natural disasters - including earthquakes, volcanic eruptions and tsunami - that haunt Japan, where the capital Tokyo is to host the summer Olympics beginning this month.

By Monday, the number of rescuers at the disaster site had risen to 1,500, officials said.

Prime Minister Yoshihide Suga said police, firefighters and members of the military were doing all they could to help with the search.