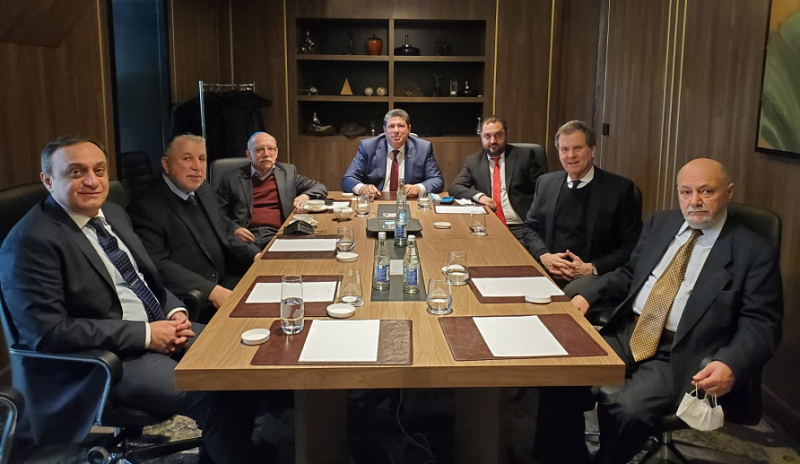 Representatives of Azerbaijani Jewish Community have met with Executive Director of the American Jewish Committee (AJC) David Harris and AJC’s Director of Russian and Eurasian Affairs Samuel Kliger in Baku.

Speaking at the meeting, MP Anatoly Rafailov said that the Jews have been fortunate to be living in Azerbaijan – a country where anti-Semitism does not exist.

On behalf of the Azerbaijani Jewish Community, its representatives expressed gratitude to Executive Director of the American Jewish Committee David Harris for supporting Azerbaijan’s just cause to restore its territorial integrity.

The Jewish organizations have provided significant assistance to the families of those martyred during the second Karabakh war.

Jews living in Israel and all over the world are well aware about the centuries-old existence of the Jewish community in Azerbaijan, as well as the kind attitude towards them in the country.

The meeting participants hailed the fact that Azerbaijan has established sincere friendly relations with the Jewish people both historically and in modern era.