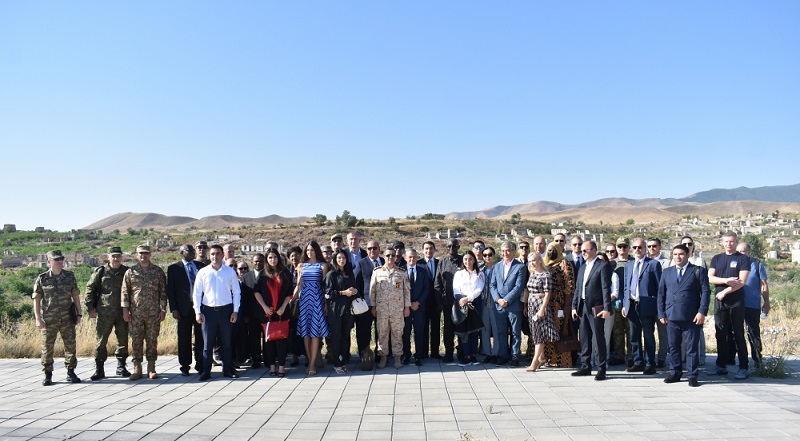 The diplomatic corps accredited in Azerbaijan, including foreign ambassadors, representatives of international organizations have visited the liberated from Armenian occupation city of Fuzuli, News.Az reports.

Special Representative of the President of the Republic of Azerbaijan in the liberated territories of the Karabakh Economic Region (except Shusha district) Emin Huseynov briefed the foreign diplomats about history of the city.

During the visit, the visitors familiarized themselves with severe consequences of vandalism committed by the Armenian armed forces during the occupation, as well as the destructions in the city of Fuzuli.

The delegation was also informed of the large-scale restoration and reconstruction work carried out in the liberated Azerbaijani territories, including in Fuzuli, under the leadership of President Ilham Aliyev.