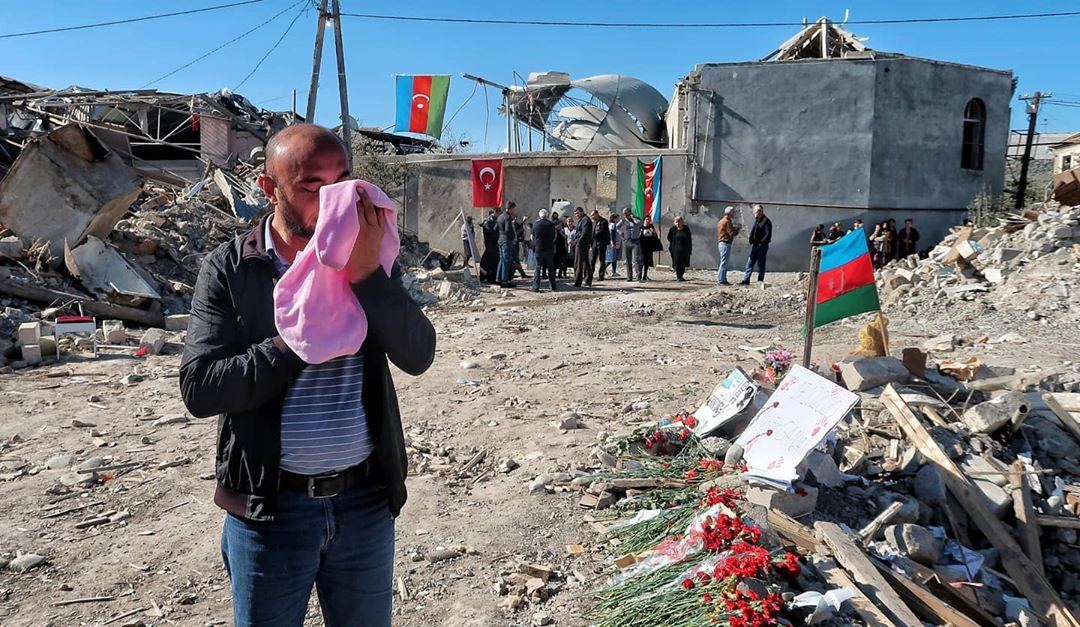 A report of local and foreign NGOs on international crimes committed by Armenia during the Patriotic War (September 27 - November 10, 2020) has been released.

The information is reflected in these reports on Armenia's use of weapons and ammunition prohibited by international conventions against civilians and civilian infrastructure in Azerbaijani towns and villages, deliberately killing people living far from the conflict zone, especially women and children, use terrorists and mercenaries in military operations, and involve children in hostilities, and facts about the pressure on the media and the constant suppression of freedom of speech, the destruction and appropriation of material, cultural, religious and natural monuments in the occupied territories, as well as looting of mineral re-sources, deforestation, deliberate encroachment on water bodies and the region to the brink of environmental disaster.

The reports collected in the book are “Patriotic War: The causes of the outbreak, its consequences and the committed crimes”, “The use of prohibited weapons by the armed forces of Armenia against the civilian population of Azerbaijan”, “The intentional killing, injury and gross violation of the rights of women and children as a result of Armenia's military aggression against Azerbaijan”, “Reports of the Monitoring Group of Human Rights Organizations of Azerbaijan on the targeting of the civilian population during the Patriotic War, “The factual and legal aspects of the deliberate attacks of the armed forces of Armenia on Azerbaijani civilians during the armed conflict in Nagorno-Karabakh”, “Threats and pressure by Armenia and the Armenian lobby on international media and journalists covering the Armenia-Azerbaijan conflict objectively in order to stifle the freedom of speech”, “The destruction and desecration of religious, historical and cultural monuments of Azerbaijan by Armenia”, Environmental terrorism committed by Armenia in Azerbaijan and deliberate targeting of international oil and gas pipelines”, “The use of foreign mercenaries and members of terrorist organizations brought by Armenia in the military operations against Azerbaijan”, “The ill-treatment and torture of Azerbaijani prisoners of war during the Armenia-Azerbaijan conflict”, “New military clashes between Armenia and Azerbaijan”, “CIVILIANS ARE UNDER ATTACK!”, “The civilian casualties and destructions caused by attacks of Armenia in densely populated areas of Azerbaijan”.