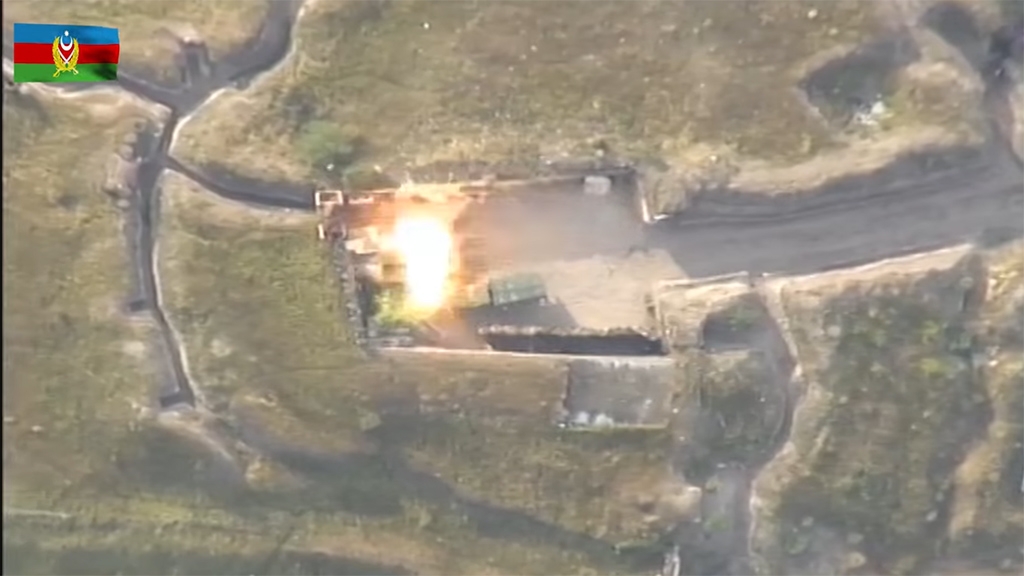 News.Az presents the article by Orkhan Baghirov, a leading advisor at the Baku-based Center of Analysis of International Relations.

Since the early 2000s the South Caucasus and its neighborhood have witnessed growing cooperation of the two countries in different regional projects. Implemented projects increased the role of this region in the system of international relations by transferring countries like Azerbaijan to the major regional economic and political players. However, due to the war between Armenia and Azerbaijan and the continuing occupation of Azerbaijani territories the small geographic region of the South Caucasus has not been able to transform to the united, economically integrated region and organism.

Energy projects such as Baku-Tbilisi-Ceyhan oil pipeline and Southern Gas Corridor enables to export the hydrocarbon reserves of Azerbaijan to the regional countries and to the European market. The realization of these projects was possible as a result of cooperation between Azerbaijan, Turkey, Georgia and support of the European Union and the United States of America. The implementation of these projects has strategically contributed to the energy security of Europe and regional countries.

Azerbaijan, Georgia and Turkey have effectively cooperated not only in energy projects but also in transportation projects. Baku-Tbilisi-Kars (BTK) railway is the bright example of this cooperation.  Inaugurated in 2017 this railway is a key link in the overland transit of goods from China to Europe, and vice versa. Using BTK, cargos could be shipped from China to Europe only in 12 days. Other projects implemented in different countries of the region such as The Port of Baku, Anaklia Port contributed to the further development of transportation projects. Implemented transport projects also connect Russia with Iran and southern Asian countries through the North-south transport corridor. Therefore, regional cooperation of countries of South Caucasus and its neighborhood transformed this region into transportation hub in Eurasia. Another projects aimed at extending the fiber-optic cable lines between Azerbaijan and Central Asian countries in digital sphere, which is the part of Trans-Eurasian Digital Telecommunication Corridor, will also transform the region to the digital hub.

The only country in the South Caucasus which remains out of these projects is Armenia. Due to its continued occupation of Azerbaijan’s internationally recognized territory, Armenian’s borders with Azerbaijan and Turkey remains closed for more 27 years. The nationalist policies and territorial claims of Armenia led to the war with Azerbaijan in the early 1990’s which resulted in occupation of 20% of Azerbaijani territories. By occupying the territories of Azerbaijan Armenia isolated itself from regional projects and lost chances to benefit from regional projects.

Despite fact that the occupation does not bring any benefit to Armenia it does not want to give up its harmful nationalistic policies that creates substantial economic and social problems for the people of Armenia. After 2018, when the government of Armenia was changed it raised hopes that new government will take rational steps for resolving the conflict. However, no substantial steps have been taken by new government. Instead, the prime minister of Armenia made statements claiming that the occupied territories belongs to Armenia.

Occupation-oriented nationalism of Armenia does not end with the occupation of Azerbaijan territories. It also poses danger for regional security and implemented projects that passes through the territory of Azerbaijan. Clear evidence of it is the recent attack of Armenian armed forces with artillery installations to the Tovuz region of Azerbaijan situated in Azerbaijani-Armenian state border on July 12. Attacks led to death of military personnel in both sides and civilians in Azerbaijan. After encountering strong resistance from Azerbaijan armed forces Armenia also began to attack Nakhchivan, another region situated on the border with Armenia in southern part of Azerbaijan.  As of July 16, Armenian armed forces still continue attacks on Azerbaijan positions grossly violating the ceasefire. These attacks of Armenia far from conflict zone on internationally recognized Azerbaijani-Armenian state border shows how is the Armenia’s nationalism is dangerous for regional cooperation and development.

The Tovuz region of Azerbaijan that was attacked by Armenian armed forces has strategic position as the many regional projects passes through this region. These projects include Baku-Tbilisi-Ceyhan oil pipeline, Baku–Tbilisi–Erzurum gas pipeline (part of SGC), Baku-Tbilisi-Kars railway, Trans-Eurasian Digital Telecommunication Corridor. Also, these attacks raise security concerns about the other regional projects that are planned to pass through this region or to be connected to the existing infrastructure such as Trans-European Transportation Network (TEN-T). European Union’s project TEN-T is a planned network of roads, railways, airports and water infrastructure which also extends to the Eastern Partnership (EaP) countries including Azerbaijan. In other words, the attack in Tovuz region also demonstrates the intention of Armenia to attack at these strategic projects.

All before mentioned projects serves for interests not only regional states but also big powers such as European Union and United States of America as they create huge connectivity opportunities. Recently, Russia also signed a trilateral memorandum of understanding with Azerbaijan and Turkey to join BTK to transfer cargos in a westward direction through the Georgia and Turkey. Therefore, by attacking the strategic regions of Azerbaijan Armenia also attacks the interests of these powers and other regional countries. Instead of ending its occupational policy and to join the regional projects Armenian government chooses more dangerous path by threatening regional security and cooperation. This unlawful act of Armenia stemming from malignant nationalism also proves that it is not inclined to any peaceful resolution of conflict with Azerbaijan. Instead, Armenia endeavors to occupy new lands. Thus, international community and the OSCE Minsk Group which encourages a peaceful resolution to the conflict between Azerbaijan and Armenia must put considerable pressure on Armenia for violating the international borders of Azerbaijan.