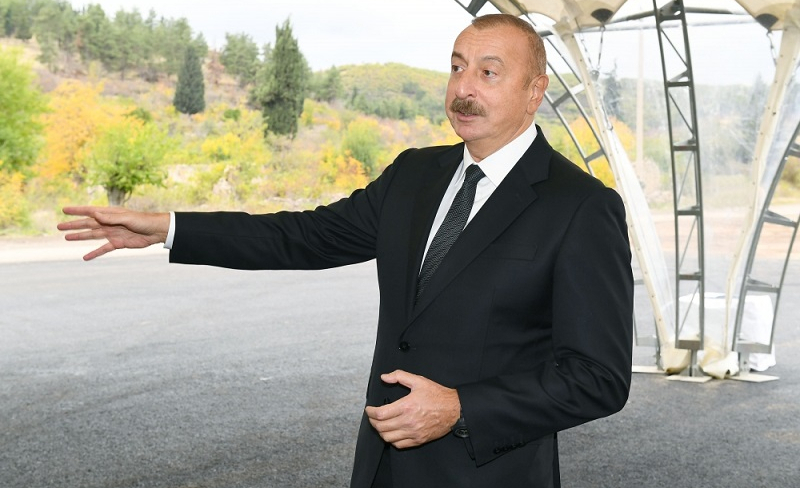 Azerbaijani President Ilham Aliyev touched upon the issue of opening the Zangazur corridor as he met with members of the general public of Zangilan district, News.Az reports.

“As you know, times there was no airport in Zangilan in Soviet. But there will be not just an airport, but an international airport here,” said President Aliyev, stressing that Zangilan will become the transport and logistical center of Azerbaijan.