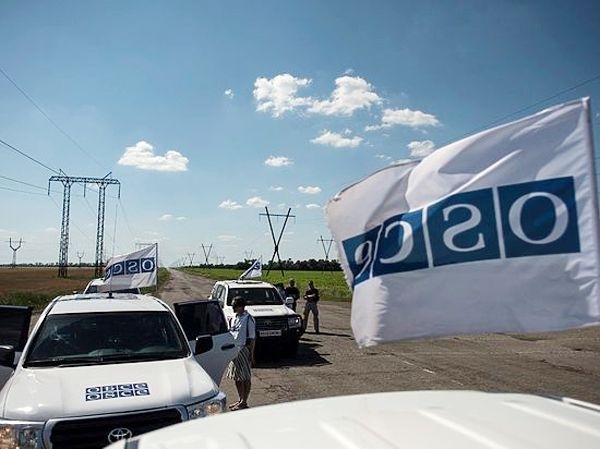 "Such a situation is abused by Armenia to justify its refusal to engage in substantive discussions."

In May and June of 2016 there was an unprecedented intensification of the mediation efforts by OSCE Minsk Group co-chairing countries for the settlement of the Armenia-Azerbaijan Nagorno-Karabakh conflict, read a statement made by Azerbaijan’s Permanent Mission to the OSCE at the Permanent Council meeting on March 9.

The statement, which was made a Permanent Council meeting on March 9, expresses the need for substantive negotiations for the settlement of the Nagorno-Karabakh conflict, APA reported.

According to the statement, the sides agreed to expand the existing Office of the Personal Representative of the OSCE Chairperson-in-Office and to finalize an OSCE investigative mechanism to ceasefire violations.

“Yet, in St.Petersburg, the investigation mechanism was deferred to a later stage, linked to withdrawal of the Armenian troops from the occupied territories. In Vienna and St.Petersburg the co-chairing countries and both sides agreed to continue negotiations on comprehensive settlement of the conflict,” said Azerbaijan’s mission.

The statement further mentioned that on 20 July of 2016, Azerbaijan submitted its proposal on expansion of the PR CiO Office to the OSCE Chairmanship based on shared understanding that it will in no way alter its mandate and modus operandi.

“Unfortunately, we are faced with introduction of unacceptable elements such as deployment of OSCE observers to the Line of Confrontation, which is a change of modus operandi of PR CiO and not in line with agreements reached at the level of Presidents,” said the statement. “In absence of withdrawal of the Armenian troops from the occupied territories such a deployment would lead only to further consolidation of the status quo and prolongation of the conflict. Azerbaijan cannot accept such a dangerous development in the conflict zone as it contradicts the very purpose of entire Minsk process,” the permanent mission stated in the statement.

“As a result, expansion of the PR CiO Office has not been finalized. Such a situation is abused by Armenia to justify its refusal to engage in substantive discussions and to condition it with implementation of certain measures that in its view would serve to creation of conducive atmosphere,” read the statement.

“It should be underlined that even in absence of expansion of PR CiO Office, the situation on the ground was quite calm for several months as ceasefire was generally observed by both sides. Against this background, Armenia’s persistent refusal to engage in substantive negotiations is accompanied by provocative actions on the ground. The revanchist public statements by its senior political-military leadership, misuse of internal electoral cycle to mobilize support for its uncompromising position, intensified military exercises and build-up in the conflict zone and subsequent military provocations along the LoC are clear indications that Armenia is not interested in the settlement of the conflict,” said the statement.

The Personal Representative of the OSCE Chairperson-in-Office is Polish diplomat Andrzej Kasprzyk.