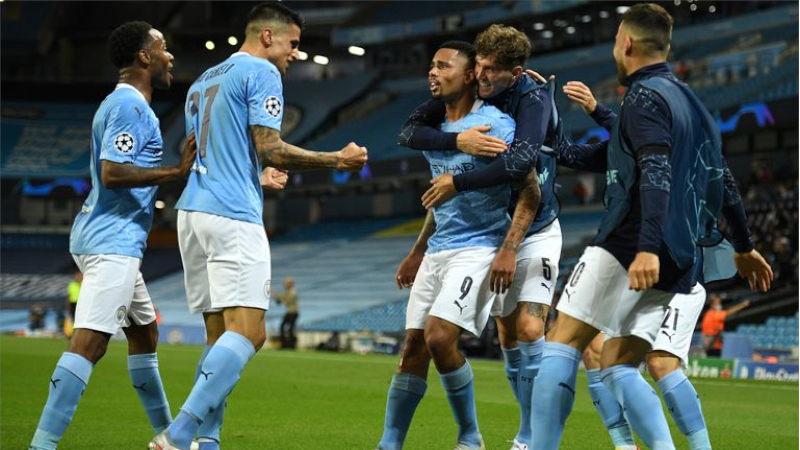 Spanish champion Real Madrid and their Italian counterpart Juventus were knocked out of Champions League in the round of 16 Friday by Manchester City and Lyon respectively, according to Daily Sabah.

Real's defensive mistakes by Raphael Varane were seized on by Raheem Sterling and Gabriel Jesus to lead City into a quarterfinal against Lyon.

They clinched another 2-1 victory against Madrid on Friday after winning by the same score in the first leg in the Spanish capital in February before the competition was paused due to the pandemic.

With Madrid captain Sergio Ramos banned after being sent off in the Madrid leg, Raphael Varane was without his usual central defensive partner. And the Frenchman was caught out in possession by Gabriel Jesus, who squared for Sterling to tap past goalkeeper Thibaut Courtois for his 100th City goal.

Cristiano Ronaldo, who left Madrid in 2018 like Zidane, hasn't won the Champions League since then with Juventus.

The Portugal star scored two goals in Friday's other quarterfinal but Juve's 2-1 victory over Lyon wasn't enough to avoid elimination.

Memphis Depay’s penalty allowed the French side to advance 2-2 on away goals after winning the first leg in February 1-0.

"We are super satisfied with our performance and super happy to go to Lisbon," said Lyon defender Leo Dubois.

"We need to be aware that we have the qualities to play this quarter-final, we need to give it our all, like we did tonight."

Needing to score three unanswered goals in order to go through, Cristiano Ronaldo tried his best to drag the Italian champion over the line.

He leveled the scores on the night with a penalty of his own with two minutes left in the opening period before crashing a second home on the hour mark.