Rally in support of Azerbaijani Army held in Israel 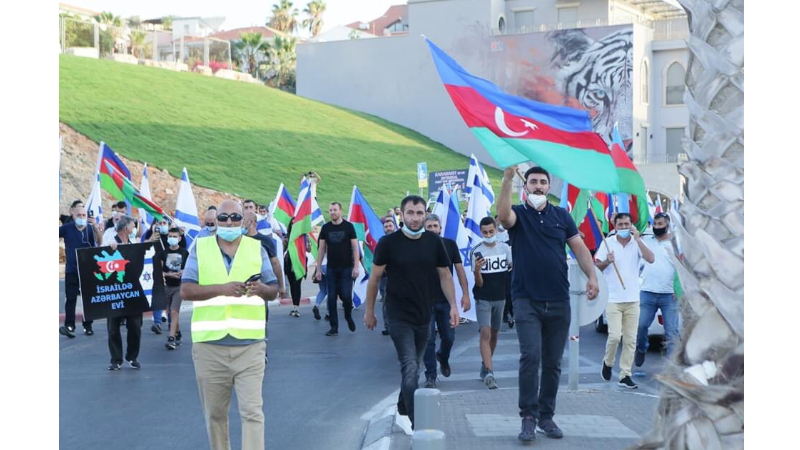 A rally in the support of the Azerbaijani Armed Forces was held in Tel Aviv-Yafo, Israel on Sunday.

Over 400 Azerbaijanis living in Israel joined the rally organized by the Azerbaijan House in Israel, the State Committee on Work with Diaspora told News.Az.

The rally participants waved the flags of Azerbaijan and Israel, held posters with slogans and photographs of Azerbaijani soldiers martyred during the April (2016) and Tovuz (2020) battles. They strongly condemned Armenia’s latest military provocations in Azerbaijan’s Tovuz district along the two countries’ border, as well as Armenia’s ongoing aggressive policy.

During the rally, the demonstrators chanted the names of the fallen Azerbaijani soldiers and slogans like “Martyrs are immortal, the Motherland is indivisible!", “Karabakh is ours and will be ours!”, “Stop Armenian terrorism!”, etc.