Rally in support of Azerbaijan held in Turkey (PHOTO) 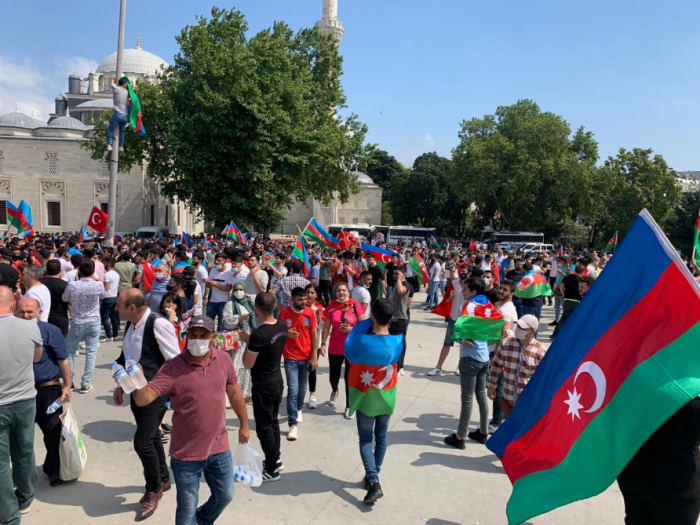 A rally was held on Sunday in the Turkish city of Istanbul to support Azerbaijan.

Azerbaijanis living in Turkey and Turkish citizens, who joined the rally, expressed protest against Armenia’s recent military provocations at the border with Azerbaijan.

The rally participants carried the flags of Azerbaijan and Turkey, chanted the slogans such as “Karabakh is Azerbaijan,” “Shame on Armenia,” “Justice for Karabakh.”

The rally participants urged Armenia to immediately stop its military aggression against Azerbaijan and withdraw its troops from the occupied Azerbaijani territories.