Rally held in Sydney in protest of Armenian military provocations 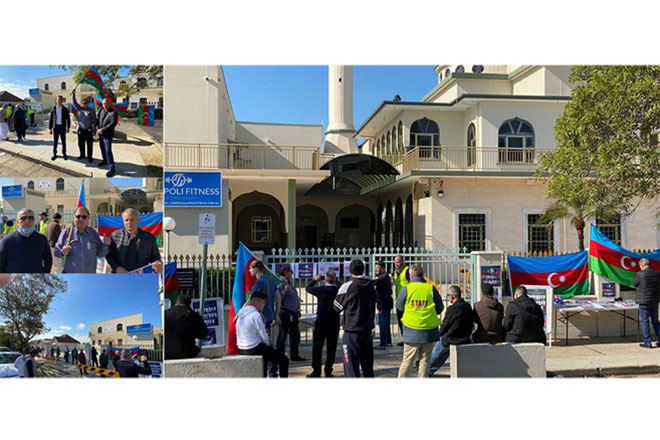 A rally was held in front of a mosque in Australian Sydney in protest against the recent military provocation committed by the Armenian armed forces in Azerbaijan’s Tovuz direction along the countries' border, said Chairman of the Australia-Azerbaijan-Turk Friendship Society Imameddin Gasimov.

According to Gasimov, the rally participants were holding flags of Azerbaijan and Australia, photos of Azerbaijani servicemen who heroically died in recent battles in the Tovuz direction, posters with information about the aggressive policy of Armenia against Azerbaijan.

During the rally, hundreds of people heading to the mosque expressed support for the Azerbaijani state, resolutely condemning the aggressive and occupation policy of Armenia.