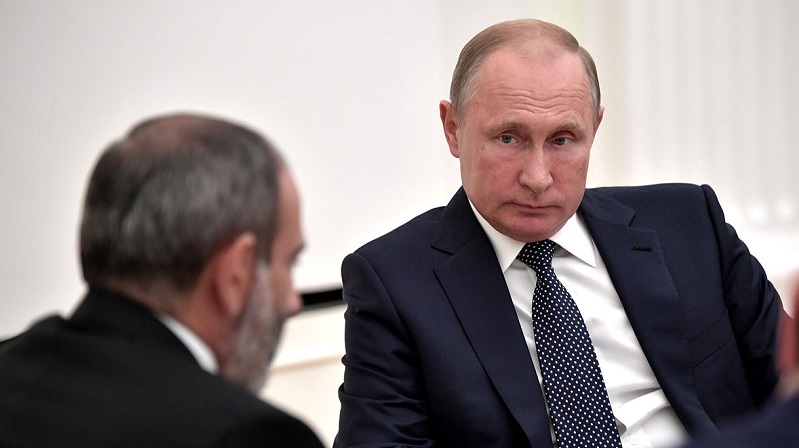 Putin urged Armenia to maintain order and peace in the country, and resolve the situation under the law, it said in a statement.

He also called on the opposing sides to exercise restraint, it added.

"The Russian side stressed that it considers the situation as an internal matter of Armenia, and hopes for its peaceful settlement," the statement said.

The Armenian military on Thursday called for the resignation of Prime Minister Nikol Pashinyan.

Onik Gasparyan, the chief of General Staff of the Armenian army, along with other senior commanders released a statement calling for Pashinyan to step down.

Pashinyan blasted the military's call as a coup attempt and urged his supporters to take to the streets to resist.

He later announced the dismissal of the chief of General Staff on Facebook.