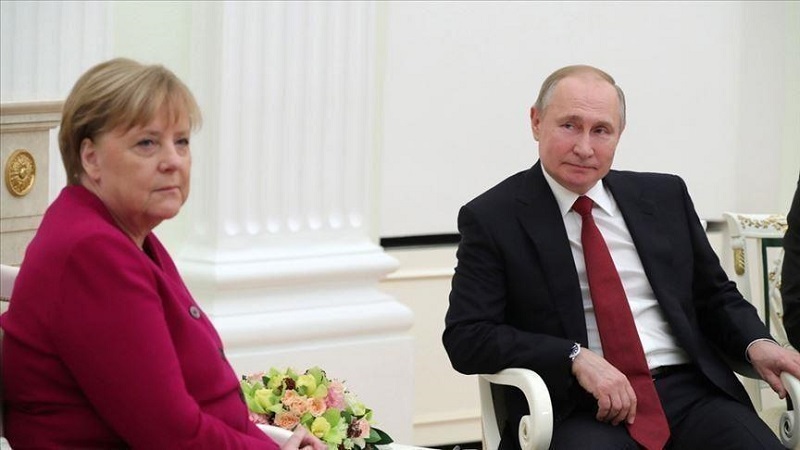 The Kremlin said Tuesday that Russia and Germany are talking about the possibility of joint COVID-19 vaccine production.

In a phone conversation, Russian President Vladimir Putin and German Chancellor Angela Merkel discussed issues related to “cooperation in the fight against the coronavirus pandemic with an emphasis on possible prospects for the joint production of vaccines,” said a Kremlin statement.

There is no concrete agreement yet, but Merkel and Putin agreed to "continue contacts on the issue between the two countries' health ministries and specialized agencies,” it added.

The German side has not released a statement on the conversation.

As of last weekend, Russia has vaccinated 800,000 people nationwide using its Sputnik V vaccine, according to its Health Ministry.

Over 85.77 million cases have been reported worldwide, including more than 48.24 million recoveries, according to figures compiled by the US' Johns Hopkins University.