Putin has no side effects after second COVID-19 vaccine shot, says Kremlin 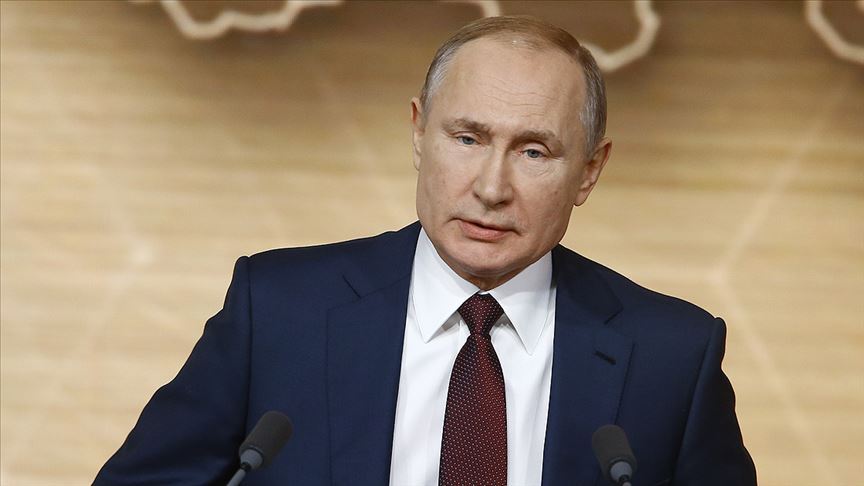 Russian President Vladimir Putin has had no side effects after receiving the second dose of the coronavirus vaccine, and he is in good health, Kremlin Spokesman Dmitry Peskov told reporters on Thursday, TASS reports.

The Russian leader said after receiving the first jab that he had felt some minor discomfort in his left arm a few hours after the inoculation. He noted that, before going to bed on that day, he "put a thermometer on his bedside table just in case."

"I do not know what the president put on his bedside table, but given that he has a rather busy working day today, I dare say that he is in good health, just like after the first jab," the Kremlin spokesman said when asked how the president was feeling after receiving the second vaccine dose.

"There are no side effects now either," Peskov stressed.

On April 14, Putin said that he had a good immune response after the receiving the first vaccine dose, and there were no side effects after the second jab.

The Russian president received the first vaccine dose on March 23. Details of the jab were not revealed. The president and his representatives explained that all three Russian vaccines were effective and safe.

The head of state said after the first jab he felt fine and only felt a little discomfort in his left shoulder for a couple of days. He announced plans to get vaccinated in late March.

On Wednesday, Putin announced that he had received his second COVID-19 vaccine dose.

Russia was the first in the world to register an anti-coronavirus vaccine on August 11, 2020. The jab, developed by the Russian Health Ministry’s Gamaleya National Research Center for Epidemiology and Microbiology, was dubbed Sputnik V. It is a vector vaccine based on the human adenovirus.