Pulse News Mexico: Why Azerbaijan Is at War with Armenia 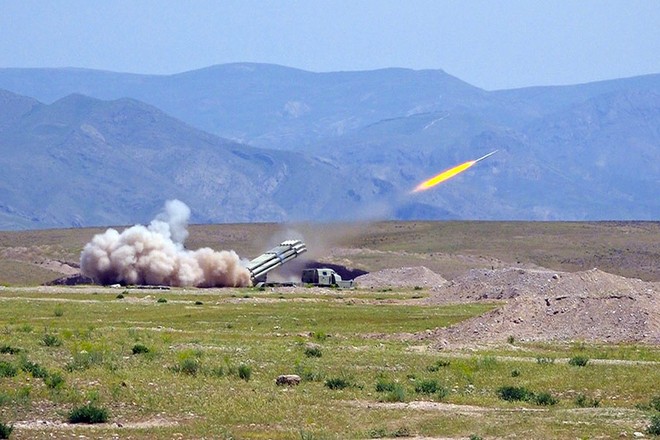 Pulse News Mexico information agency has published an article headlined "Why Azerbaijan Is at War with Armenia".

Few, if any, territorial disputes are historically simple or cut-and-dry.

Most are shrouded in complex webs of nationalism and misinformation, coupled with the raw emotions of human suffering and violence on both sides of the conflict.

But the ongoing skirmish between Azerbaijan and Armenia, although rooted in centuries of mutual distrust and ethnic divisions, really boils down to one simple fact: For the last 27 years, Armenia has illegally occupied a major expanse of Azerbaijan’s internationally recognized territory, refusing to leave despite repeated appeals by the United Nations and the global community.

In 1991, Armenian troops invaded the Azerbaijani territorial enclave of Nagorno-Karabakh and seven surrounding districts and forcefully expelled 800,000 Azeri farmers and their families from their homes in a vicious and unlawful landgrab of brute force.

The barbarous assault of Karabakh by the invading Armenians has since come to be recognized by the majority of the international community as an act of “calculated ethnic cleansing” of indigenous Azerbaijanis from the stolen 16,000-square-kilometer region.

Following the violent Armenian invasion of Karabakh, the United Nations Security Council adopted four separate resolutions condemning the slaughter and expulsion of the Azerbaijanis from their legal homeland and demanding the “immediate, complete and unconditional withdrawal of its occupying forces from the region.”

But Armenia refused to budge, and no outside nation lifted a finger to try to enforce those resolutions.

Finally, in 1994, with the help of external negotiators, an extremely fragile ceasefire was implemented, with Armenia still occupying nearly 15 percent of Azerbaijan’s national territory.

There were hopes that international mediation would eventually help the two Caucasian nations to reach a mutually acceptable solution.

For decades, Baku prodded and pleaded with Erevan to withdraw from Karabakh and to comply with international law, respecting Azerbaijan’s territorial integrity.

Baku repeatedly offered both a stick in the form of economic sanctions and a potential carrot of access to sorely needed energy sources.

But Azerbaijan’s appeals for a peaceful settlement consistently fell on deaf ears.

Armenia steadfastly refused to even consider withdrawal from the territories.

Over the years, tensions between Armenia and Azerbaijan continued to flare, bursting into a full-fledged confrontation in 2016. That war lasted four days.

Again, the international community called on both sides to end the conflict and, once a porcelain ceasefire was reinstated, the outside world quickly moved on to “more pressing matters” as Armenia continued to defiantly occupy Azerbaijani territory.

Subsequent appeals by both Baku and the international community have rendered little if any response from Erevan.

Today, Armenia still continues to occupy and illegally exploit Karabakh, sacking the remain of the Azeri villages, burning once-fertile fields that fed large portions of the Azerbaijani population, and strip-mining gold and other mineral resources from the land — all while practically every foreign nation publicly condemns Erevan’s illegal occupation of Karabakh.

But in July of this year, Armenia, thinking that the outside world, being too distracted by the ongoing covid-19 pandemic, would not notice — or at least, not respond to — committed yet another act of aggression by its military, again attacked Azerbaijani soil.

This time opting for a less-scrutinized point of assault — and perhaps a chance to expand even farther in to newly stolen strategic territory — Armenian forces launched heavy artillery shells into the Azerbaijani district of Tovuz.

Within hours, Azerbaijan responded in kind.

Since then, tensions have continued to remain high, with frequent outbursts of provocation on both sides.

Despite yet another meager attempt by the international community to mediate an ineffective ceasefire, military assaults along the disputed territory borders have only increased, and what had been sporadic clashes were soon transformed into an all-out war, with Armenia launching ballistic missiles at Azerbaijani civilians.

And last month, Azerbaijani President Ilham Aliyev, rooted on by a national constituency that has grown tired of unkept promises by Yerevan to discuss a “partial withdrawal,” finally said, “Enough is enough.”

After years of unsuccessfully trying to resolve the conflict through diplomatic channels, the Azerbaijanis, at last, decided to take full-fledged military action to reclaim what was — and is — rightfully theirs in accordance with international law.

Militaristically, Azerbaijan, with a still-booming economy (even in the midst of the pandemic) fueled by abundant natural gas and oil reserves, vastly outguns Armenia, and its well-appointed armies can easily topple their poorly trained and under-equipped Armenian counterparts.

Historically, the key element of Armenia’s arsenal has never been its military weaponry, but rather its multifaceted “Christian card,” which it constantly plays through a well-greased and carefully honed international propaganda machinery.

Pulling on the heartstrings of misinformed “fellow Christians,” Armenia has repeatedly appealed to the West for sympathy (and financial support) through poorly documented and questionable allegations of “atrocities” committed against its people dating from as far back as 100 years ago (not unlike its constant barrage of claims against Turkey for actions supposedly taken during World War I by the Ottoman Empire).

But this time, it seems that Armenian Prime Minister Nikol Pashinyan — a savvy progressionist and media tycoon who took office just two years ago on an ambitious platform to boost the anemic Armenian economy and who is now trying to distract his disillusioned constituents with a brazen flux of military muscle — might just have overestimated the willingness of a coronavirus-weary international community to be swayed by its stilted sob stories to put pressure on Azerbaijan to stand down.

This time around, Baku is ready to settle the score and reclaim its land, come hell or high water, even at the inevitable and tragic cost of human life.

This time, Azerbaijan — regardless of whatever international pressure Armenia can muster — will not stop until it expels the occupying Armenians from its soil.

In the last three weeks, the Azerbaijani Army has focused on pushing back Armenian troops in three strategic southernmost districts: Fizuli, Jabrail, and Zengilan.

And as of Wednesday, Oct. 21, Baku had already successfully secured Zengilan, close to the Iran border.

Initial reports suggest that it will soon control the other two districts and then advance toward Karabakh.

In short, Azerbaijan is winning the war.

Aliyev has now made it clear that his government will not acquiesce until Armenia fully withdraws from all Azerbaijani territory.

Again, it is important to remember that this bloody conflict is rooted in an incident of illicit occupation of Azerbaijani land by Armenia (the keyword here is “illicit”).

The Armenians are — and have, for the last three decades, always been — the aggressors.

Azerbaijan is simply trying to take back what is rightfully its own land.

The only viable solution for Armenia to end the still-intensifying conflict at this point is to withdraw from Azerbaijan’s occupied territories. Period.

The Azerbaijani are peaceful and patient people, but even the most patient nation has a limit as to how long it will tolerate occupation.

Azerbaijan has reached that limit.