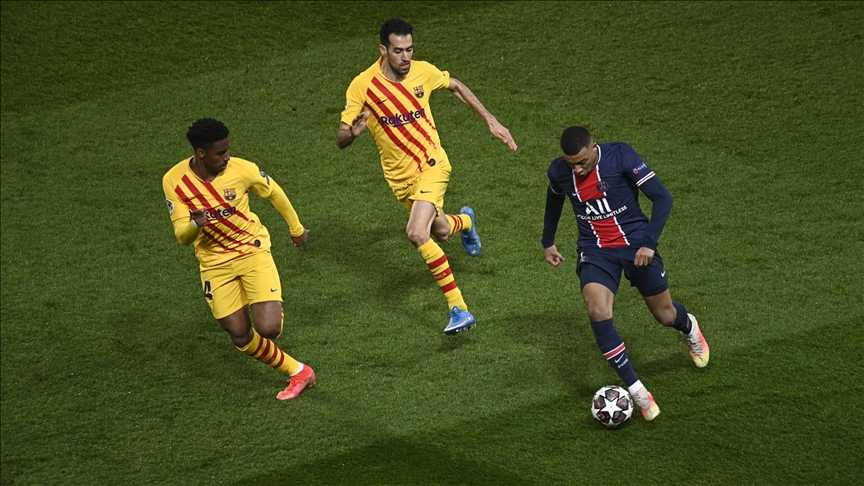 Kylian Mbappe converted a penalty to give a 1-0 lead to PSG in the 30th minute and Lionel Messi scored a sensational long-range equalizer seven minutes later.

Before the first half ended, Messi had a chance to make the score 2-1, but his penalty was saved by Keylor Navas at the Parc des Princes Stadium in Paris.

Barcelona failed to score in the second half and the match ended 1-1.

Liverpool advanced to the UEFA Champions League quarterfinals after beating RB Leipzig 2-0 at the Puskas Arena in Budapest.

Goals from Mohamed Salah and Sadio Mane helped Liverpool qualify for the next phase.

The Reds already beat Leipzig 2-0 in the first leg.

The draw for the quarterfinals and semifinals will take place on March 19.