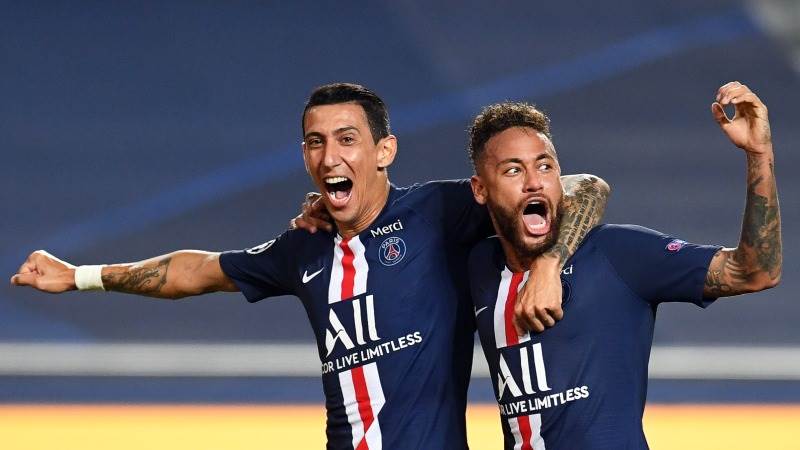 Paris Saint-Germain are through to the final of the Champions League for the first time after goals by Marquinhos, Angel Di Maria and Juan Bernat saw them ease to a 3-0 win over RB Leipzig in a one-sided semi-final in Lisbon on Tuesday.

It was 2-0 at half-time, with the first two goals set up by Neymar, the Brazilian again outstanding at the Estadio da Luz, just as he had been in last week's quarter-final against Atalanta.

Bernat's goal came in the 55th minute and snuffed out any hopes Leipzig had of a comeback. They could not handle the world's most expensive player, or the many other outstanding performers in the PSG side, who no longer appear overcome by the sense of occasion that surrounds a Champions League knockout tie.

After seeming to invent ever more absurd ways to lose in Europe in recent years -- the 6-1 loss against Barcelona in 2017 and last year's defeat by Manchester United in the last 16 stand out -- despite all the investment by the club's Qatari owners, here they lived up their billing.

Bayern Munich and Lyon meet in the second semi-final on Wednesday for the right to face PSG in Sunday's final. Thomas Tuchel's team are the first French finalists in Europe's elite club competition since Monaco in 2004.