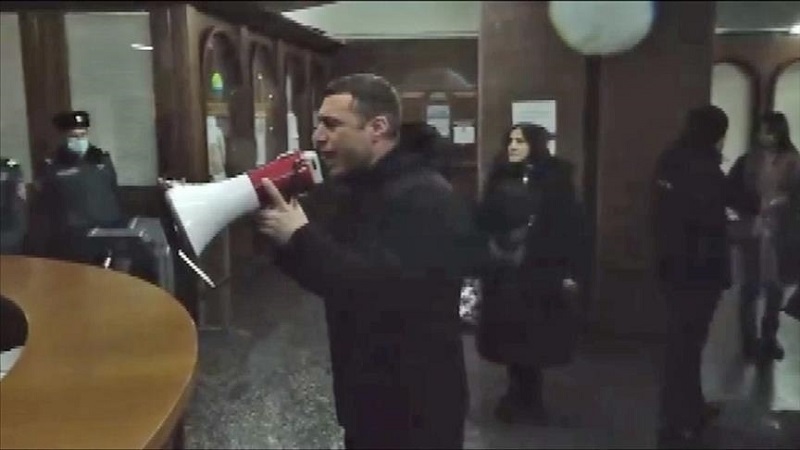 Protesters stormed a government building in the Armenian capital Yerevan on Monday.

Protesters demanding the resignation of Prime Minister Nikol Pashinyan chanted slogans in the building where some ministries are located.

"We wanted to show that we can enter any building we want," protesters said. They left the building after a short stay.

The dispute on the dismissal of Chief of General Staff Onik Gasparyan after he called for the premier's resignation last week also continued between Pashinyan and Armenian President Armen Sargsyan.

Though Sargsyan rejected Pashinyan's order to sack the chief of General Staff, Pashinyan sent the same decree to the presidency again.

Government supporters and the opposition are set to hold demonstrations in Yerevan at the same time.

Pashinyan invited his supporters to gather at the Republic Square in Yerevan on Monday evening 30 minutes after the opposition is expected to gather at Marshal Baghramyan Square.

According to a statement by the Prime Ministry, Pashinyan convened the country's Security Council and discussed internal and external security issues.