Protection of public and state interests as Azerbaijan's priority (ANALYTICS) 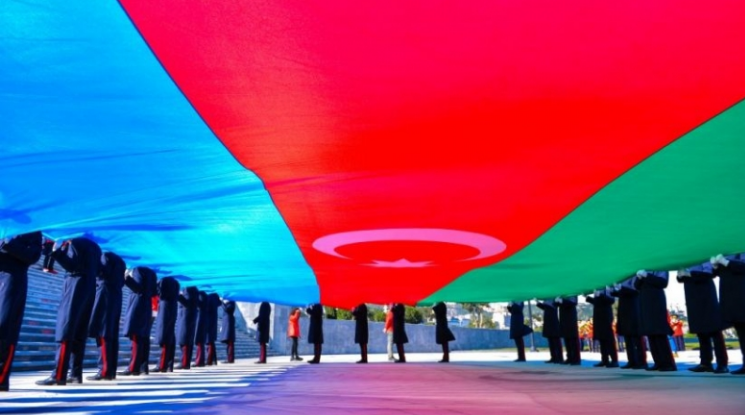 Public interest is a concept that expresses the well-being of individuals who make up each society, directs the individual essence to the common understanding and prioritizes the interest of the majority. It is the state that regulates and protects public interests.

In the Republic of Azerbaijan, where all human and national values are protected and promoted on a large scale, the provision of state interests, and public and national interests is a priority. Public and state interests cannot be separated. A clear example of this is the 44-day Patriotic War. Azerbaijan’s state and population taking hand-in-hand waged Patriotic War against invaders and achieved victory and restored its territorial integrity. During the war society protected state interest and the government protected public interests. The views expressed by the President of Azerbaijan Ilham Aliyev, "The basis of Azerbaijan’s policy is state interests, unity between the people and the government" can be evaluated as a logical explanation of the mentioned points.

National interest is a set of political, economic, social, and other needs that ensure the fundamental values and goals of the Azerbaijani people, as well as the progress of man, society, and the state.

The perfect unity of state and society interests in Azerbaijan is based on the ideology of Azerbaijaniism. This concept, put forward by the national leader Heydar Aliyev, plays the role of a necessary, strong ground that unites all Azerbaijanis as a unity of the interests of the state, society, and moral interests of the individual. Based on this basis, the principle pursued by the great leader Heydar Aliyev "the people should not be for the state, but the state should be for the people" is implemented in the modern legal and nation-state building policy. In order to strengthen the sovereignty of the state, the interests of the national state and the national interests must coincide. When the right policy is implemented in independent, democratic, legal, and national states, the overlapping of national and state interests, in this case, the creation of conditions for mutual complementation between private interest and public interest is noticeable.

The concept of interest comes from the country's history, culture, traditions, and values. It includes the geographical situation of the country, provision of resources, national and racial structure of the population, and internal state structure. These issues are strictly regulated by legislation. So, a number of works have been done in Azerbaijan in the direction of forming and promoting the legal basis of various aspects of the concept of public interest. The implemented reforms serve to strengthen the protection of state interests.

Adoption of laws "On obtaining information" and "On public participation" and other such kinds of documents, conducting educational events to convey the essence of the relevant concept to the masses, forming a new model in this field by combining international experience and national elements, NGOs representing the public interest and the increase in the number of similar institutions and other points can be noted as an important step in this direction.

Therefore public and state interests are important to society and protection of these interests should be one of the main tasks.

The article focuses on the protection of public and state interests