Process to acquire F-16s from US continues: Turkish minister 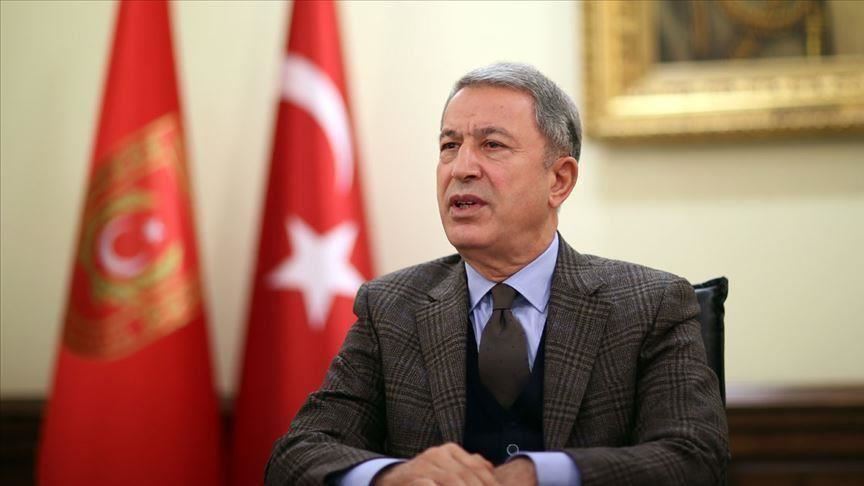 "Military officials are aware of this, they know about our work, and we openly express our views in all our meetings. Türkiye is a strong state. There should be no such conditions like 'I will give you this, but you will not do that'. We continue our negotiations with logical parameters in the talks between military delegations.

"The process continues. We will continue our work in military, political and diplomatic terms. Our hope is that common sense prevails and reasonable and logical solutions emerge," Akar told reporters on Monday following a Cabinet meeting in the capital Ankara.

The US House of Representatives on Thursday approved a legislation that would create a new hurdle for US President Joe Biden’s plan to sell F-16 fighter jets to Türkiye.

It prohibits the sale or transfer of F-16s and modernization kits to Ankara unless the president certifies the transfer is in the US's national interests, and guarantees to Congress that in the 120 days prior to the transfer the Turkish government has not "violated the sovereignty of Greece, including through territorial overflights."

“US officials expressed that Türkiye is an important ally in the talks, and NATO officials expressed Türkiye's success in the fight against terrorists and immigration. How would you explain this situation? A deputy, and a group came out and they are messing around with some manipulations and disinformation. We expect the US not to fall into this trap,"Akar said.

About Greece, Akar said Greece is trying to influence the agreement reached between the Turkish and US military delegations on the supply and modernization of the F-16s.

Ankara and Athens have been tense over issues ranging from overflights and the status of Aegean islands to maritime boundaries, hydrocarbon resources in the Mediterranean and the island of Cyprus.