Problems of civilians who lost their homes during war are being resolved: Azerbaijani president 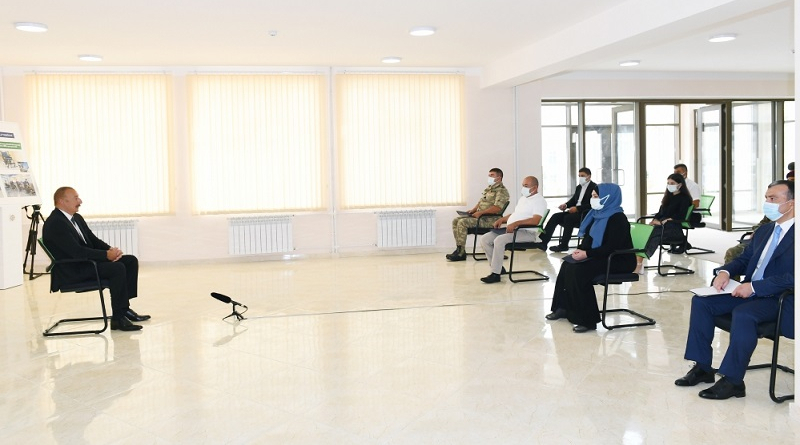 The Azerbaijani state is also resolving the problems of civilians who lost their homes and relatives as a result of the cowardly Armenian fire during the war, said President Ilham Aliyev.

The head of state made the statement Wednesday during a ceremony to give out apartments and cars to families of martyrs and war disabled in Khojasan settlement, Binagadi district, Baku.

Everyone knows that Armenia fired on civilians, committed war crimes, used banned weapons, including white phosphorus bombs, when it was unable to resist the Azerbaijani army on the battlefield during the war, noted President Aliyev.

“This has already been proven. It used long-range ballistic missiles, killing more than 100 civilians and destroying thousands of homes and businesses. Today, construction work is under way in all our cities and districts that have been destroyed. New houses are being built by the state, individual houses are being built, and these houses will be much better than the previous ones,” he added.

The head of state emphasized that the Azerbaijani state is pursuing the right policy in this direction, and this policy fully meets the interests of the Azerbaijani people.