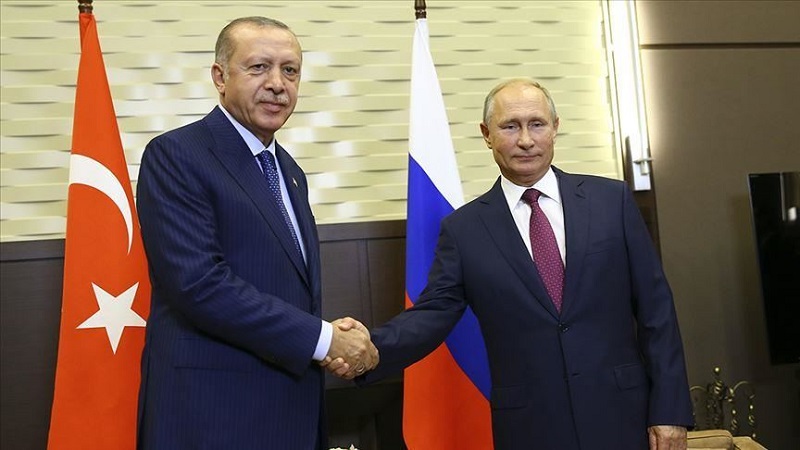 During a telephone conversation, the President of Russia Vladimir Putin and President of Turkey Recep Tayyip Erdogan, discussed the situation within the Nagorno-Karabakh conflict, Trend reports citing the Kremlin's press service.

"Vladimir Putin and Recep Tayyip Erdogan spoke in favor of activating the political process on the conflict, in particular, based on the developments of the OSCE Minsk Group," the report said.

Both sides reaffirmed the importance of observing the humanitarian ceasefire, an agreement on which was reached on October 10 in Moscow.

"The urgent need for solidarity efforts to end the bloodshed as soon as possible and move to a peaceful settlement of the Nagorno-Karabakh problem was emphasized. The hope that Turkey, as a member of the OSCE Minsk Group, would make a constructive contribution to de-escalation of the conflict was expressed," the statement said.

In addition, Putin and Erdogan agreed on further regular contacts through diplomatic and military channels.