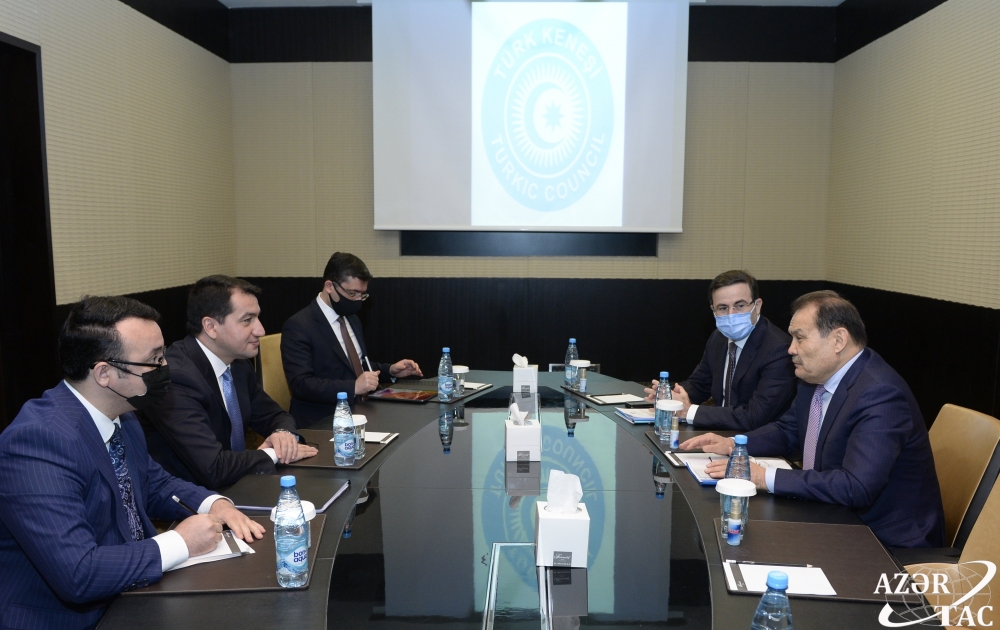 Assistant to the Azerbaijani President, Head of Foreign Policy Affairs Department of the Presidential Administration Hikmat Hajiyev has met with Secretary General of the Cooperation Council of Turkic-speaking States (Turkic Council) Baghdad Amreyev who is visiting Baku to attend the third meeting of the Ministers and High Officials in charge of Information and Media of the Turkic Council.

The meeting focused on cooperation within the Turkic Council, the activities implemented by the organization during Azerbaijan's chairmanship, as well as the work done towards the further development of relations between member countries and future steps in this regard.

The sides noted that the Final Declaration of the 7th Summit of the Turkic Council held in Baku on October 15, 2019, under the chairmanship of President Ilham Aliyev emphasized the importance of cooperation in the field of media and information policy. It was noted that the third meeting of the Ministers and High Officials in charge of Information and Media of the Turkic Council meeting would contribute to the strengthening of cooperation between member countries in this area and its practical implementation.