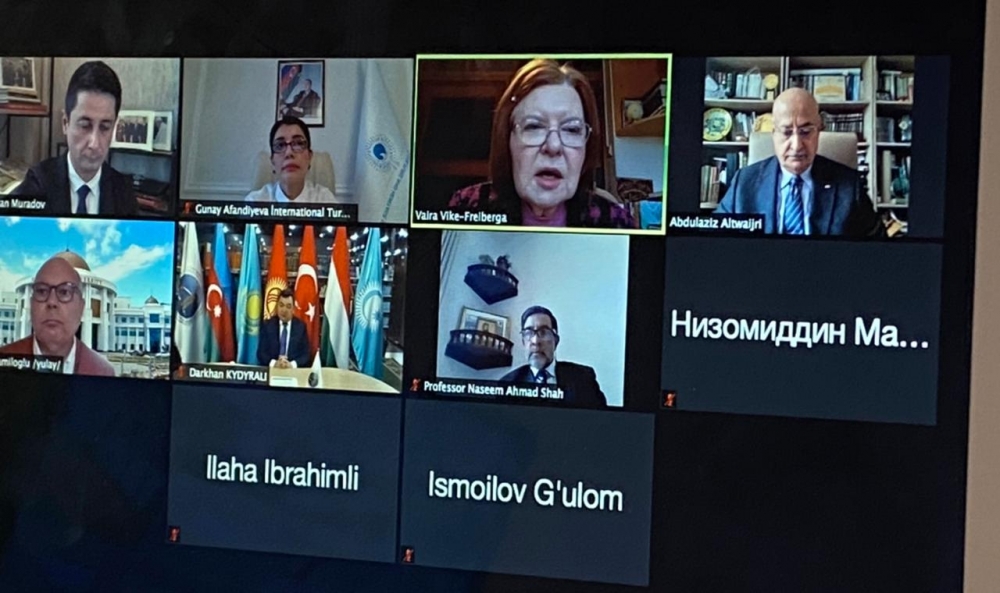 President of the International Turkic Culture and Heritage Foundation Gunay Afandiyeva has participated in the online conference titled “Nizami Ganjavi 880: His contribution to the World Heritage”.

The conference was also attended by former Director General of ISESCO Abdulaziz Altwaijri, former President of Latvia, Co-chair of the Nizami Ganjavi International Center Vaira Vike-Freiberga, President of the International Turkic Academy Darkhan Kydyrali and others, who shared their thoughts on the life and work of the great Azerbaijani poet Nizami Ganjavi.

Touching upon the rich creativity of Nizami Ganjavi, President of the International Turkic Culture and Heritage Foundation Gunay Afandiyeva noted that the announcement by the President of the Republic of Azerbaijan Ilham Aliyev of 2021 as the "Year of Nizami Ganjavi" is a manifestation of deep respect not only for the classical Azerbaijani literature and culture, but also for the literature and culture of the Turkic world in the whole.

The president of the Foundation emphasized that the arrival of the great poet in literature opened a new page in the poetry of both the Turkic and the whole world. She noted that the poet's valuable literary heritage does not fit into the framework of these 880 years, that Nizami is a contemporary of all centuries.

Gunay Afandiyeva also stressed the role of Nizami in the early medieval Turkic literature, noting that his works, which are distinguished by high skill, a universal attitude to global values, and a humanistic view of the essence of human are unique examples of the culture of the Turkic world. Gunay Afandiyeva said that currently, within the framework of the "Year of Nizami Ganjavi", the Foundation is conducting a number of projects related to the great thinker, exploring the poet's work, and planning to publish the books of the genius poet.

The conference continued with an exchange of views on the upcoming work that needs to be done for a deeper study of creativity and its popularization all over the world.