President Ilham Aliyev: We will not take a step back in connection with Armenian-Azerbaijani Nagorno-Karabakh conflict 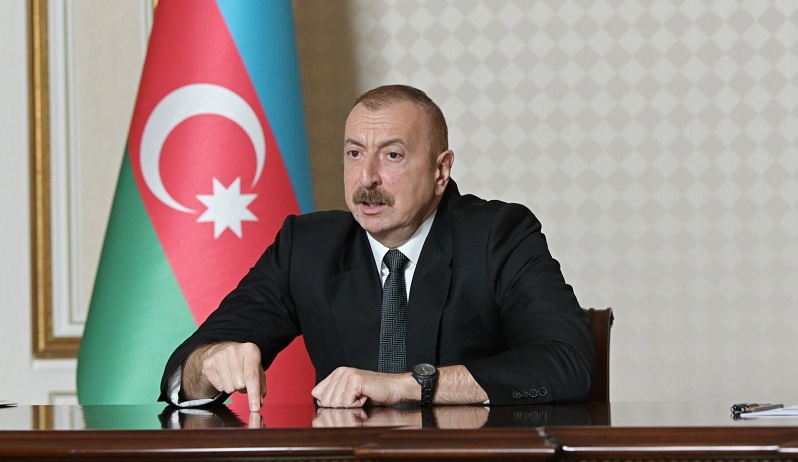 The clashes and bloody battles that have taken place in recent days have once again demonstrated the power of the Azerbaijani state and its army, the unity between the people and the government, said President of the Republic of Azerbaijan Ilham Aliyev during the meeting of the Cabinet of Ministers dedicated to the results of socio-economic development in the first quarter of 2020 and future objectives, Trend reports.

“As for the reasons for the Armenian military provocation, of course, we cannot know them for sure, life will tell. But there are many logical assumptions, and I would like to share my thoughts on this with the citizens of Azerbaijan. I believe that the first reason is the current political and economic crisis in Armenia. This is no secret to anyone. Two years ago, a group funded from abroad, receiving salaries and instructions from foreign funds and using their coup technologies, seized power by illegal means and made many promises. They promised that there would be prosperity and paradise in Armenia. They stated that investments of tens of billions of dollars would be made in Armenia in a short time, the population of Armenia would soon reach 5 million although it is less than 2 million people now, life in Armenia would be rebuilt, there would be justice, democracy would develop, human rights would be protected – they made other promises,” said President Ilham Aliyev.

He noted that the Armenian people are so disgusted with Sargsyan's regime that they would have believed anyone.

“If someone else had organized that coup, the Armenian people would have voted for him as well because the hatred for Sargsyan's regime was enormous. The group that took advantage of this and seized power by force had to fulfill these promises to the end. But how can they do it if there is no experience, competence, domestic resources or foreign investment? On the contrary, today they treat foreign investors with contempt and drag them into litigation. Strategic investors who are helping Armenia stand on its feet are being prosecuted and accused of corruption. They are committing dirty deeds even against companies of the country they are attached to, so to speak. Of course, all of this will scare any potential investor away. If this is how you treat the closest companies that invest in your country, create infrastructure there and provide your people with jobs, then what should investors from other countries think?” said President Ilham Aliyev.

The head of state noted that therefore, it is natural that the collapse of these promises has already led to the emergence of a crisis in Armenia.

“How did the authorities react to this? Instead of uniting society, it actually creates political prisoners, political opponents are detained, prosecuted and deprived of immunity, the constitution is flagrantly violated, illegal amendments that are possible only through a referendum are made to it. They know perfectly well that these amendments will not pass in a referendum. Power has been usurped and there is no division of powers. Power is concentrated in the hands of one person, there is no democracy at all and never has been. What kind of democracy, human rights can we talk about in a fascist state? But the current situation is even more deplorable, because the promises made for the economic sphere were never fulfilled, while from a political point of view Armenia has driven itself into isolation. This was once again confirmed by their silly actions related to the convocation of a special session of the UN General Assembly on the initiative of Azerbaijan. The whole world supported us, only Armenia opposed,” said President Ilham Aliyev.