President Ilham Aliyev warns Armenia: Let them think carefully before it is too late 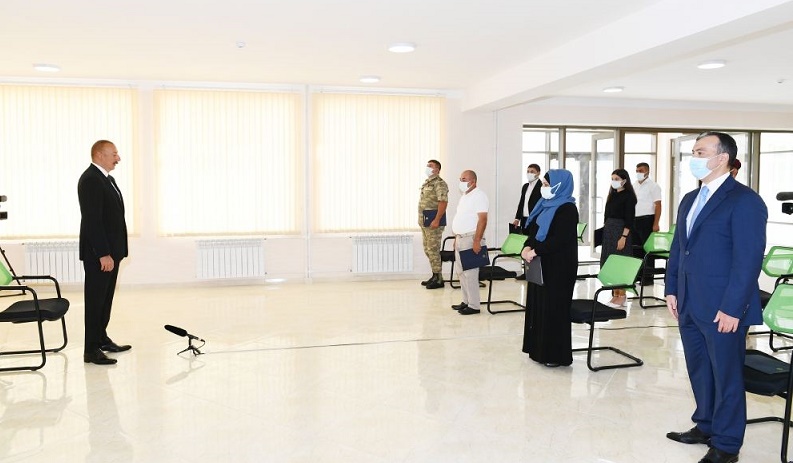 International organizations are now reacting positively to the delimitation work. If Armenia does not want to do that, it is up to it, but let them think carefully before it is too late, President of the Republic of Azerbaijan Ilham Aliyev said.

The head of state made the statement Wednesday during a ceremony to give out apartments and cars to families of martyrs and war disabled in Khojasan settlement, Binagadi district, Baku.

"Just as in the past, if they had voluntarily vacated our lands, they would not have been humiliated like that."