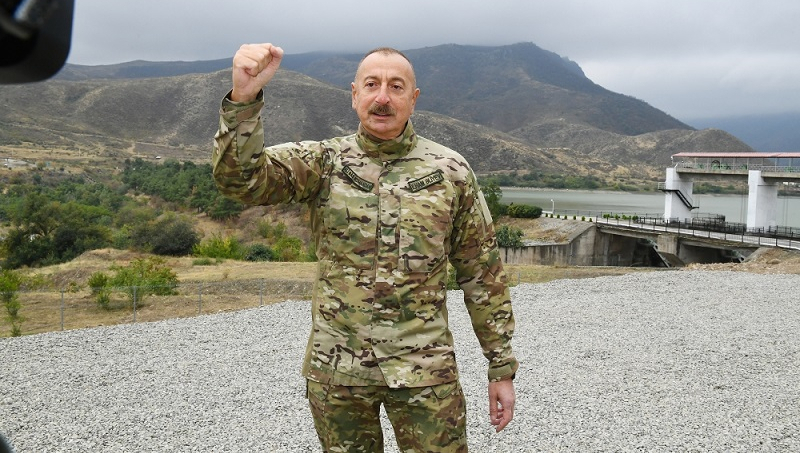 President of the Republic of Azerbaijan Ilham Aliyev has today visited Tartar and Barda districts.

The head of state laid flowers at a statue of national leader Heydar Aliyev in the center of the city of Tartar.

The Azerbaijani President inaugurated the highways leading to Sugovushan settlement and Talish village of Tartar district.

The head of state raised the flag of Azerbaijan in Talish village and Sugovushan settlement of Tartar district. The Azerbaijani President visited the Albanian-Udi and orthodox churches destroyed by the Armenians in Talish village.

President Ilham Aliyev inspected the house of Sahib Ismayilov, a resident of the city of Tartar, destroyed as a result of the Smerch missile strike by the Armenian armed forces during the Patriotic war, and viewed conditions created in the new house built instead of it.

In the center of the district, President Ilham Aliyev inspected projectiles from various types of volley fire systems and from artillery installations fired by Armenian armed forces at Tartar district.

The head of state arrived in Barda district. President Ilham Aliyev laid flowers at a statue of national leader Heydar Aliyev in the center of the city of Barda.

An extensive report on the visit will be presented on 4 October. 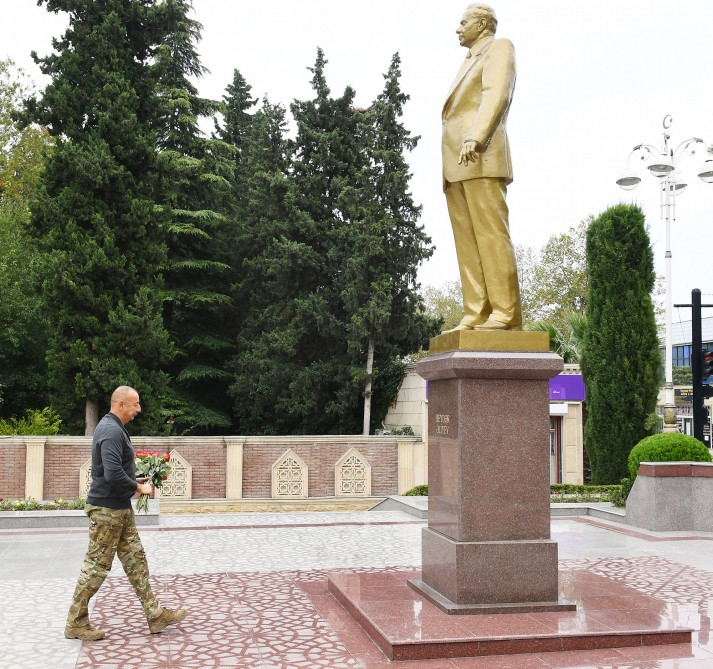 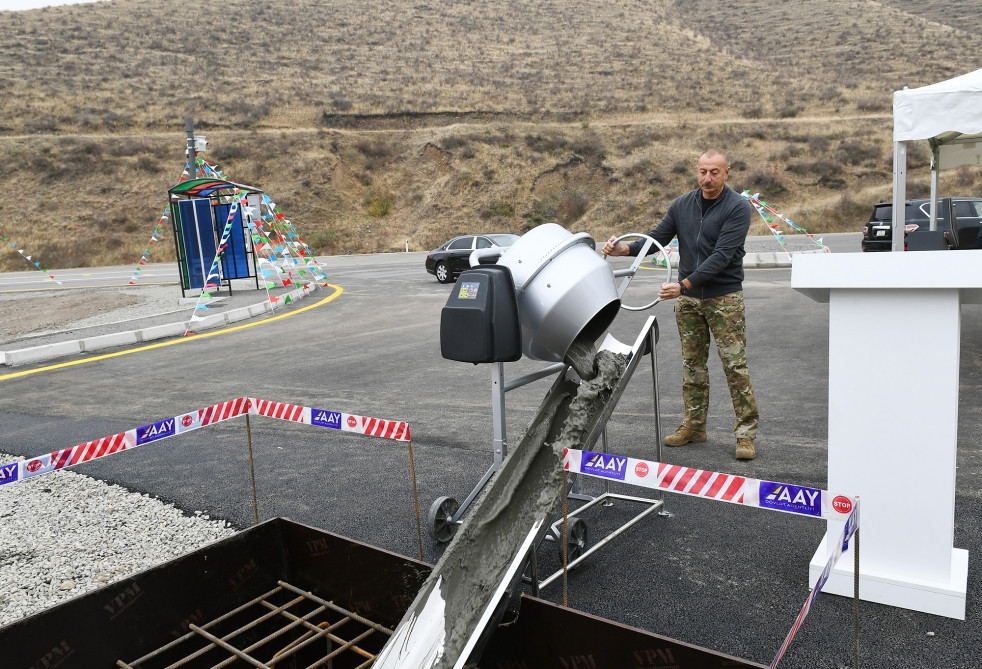 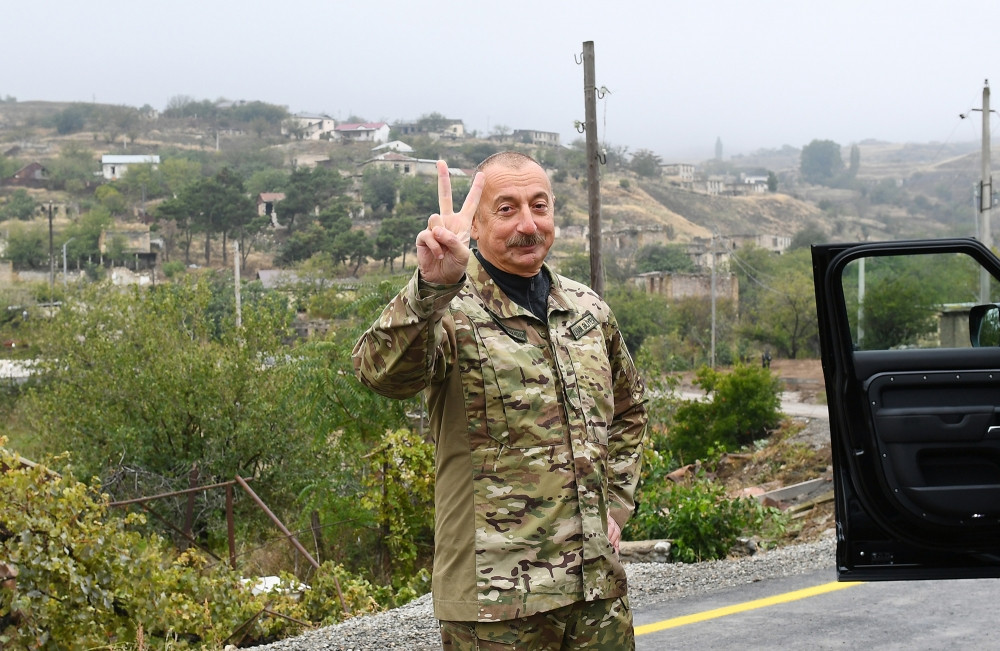 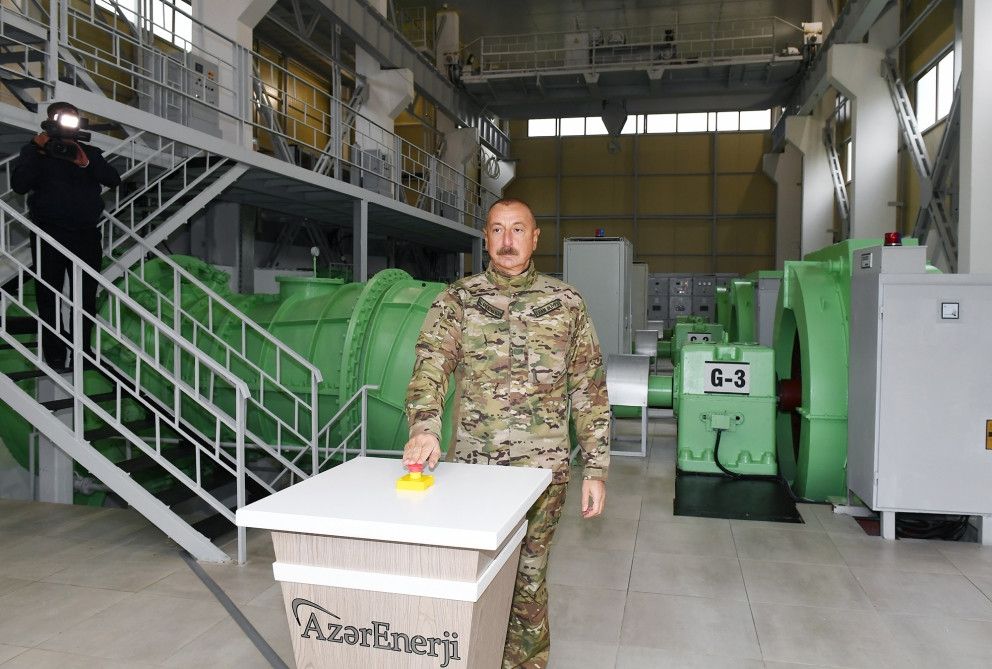 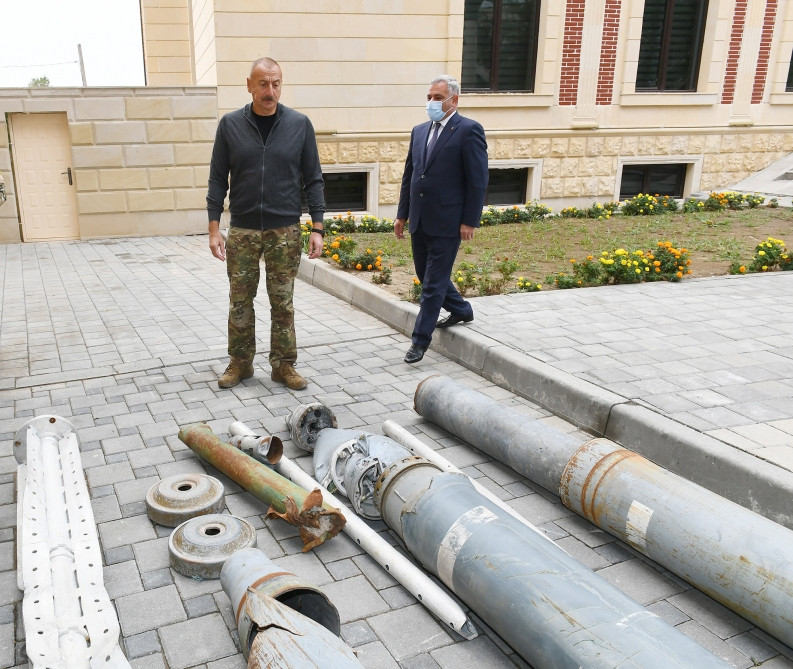