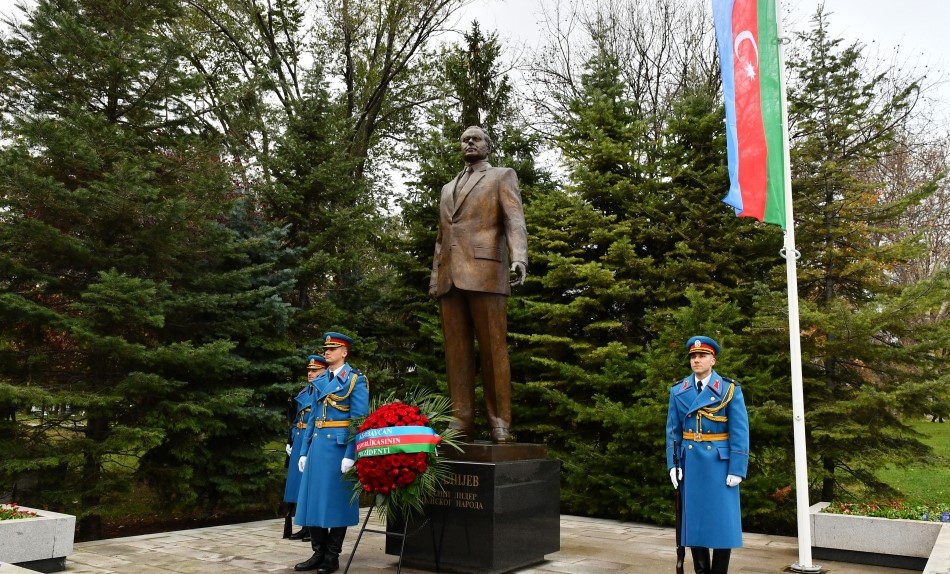 President of the Republic of Azerbaijan Ilham Aliyev, who is on an official visit to the Republic of Serbia, has visited the monuments to national leader Heydar Aliyev, and outstanding Serbian writer Milorad Pavic in Tasmajdan park, Belgrade, News.az reports.

The head of state laid wreaths at the monuments.

The monument to national leader Heydar Aliyev was unveiled in 2011 with the participation of President Ilham Aliyev.

The fact that a monument to the world-famous political figure, Heydar Aliyev, has been put up in Tasmajdan park is evidence of the high level of relations between the two countries.