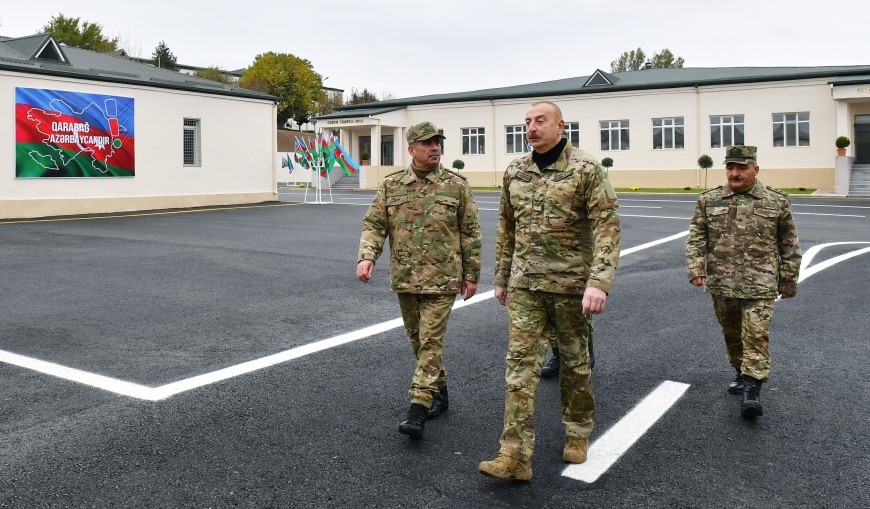 President of the Republic of Azerbaijan, Victorious Commander-in-Chief of the Armed Forces Ilham Aliyev has viewed conditions created at a newly commissioned military unit of the Ministry of Defense in the territory of Fuzuli district, News.az reports.

President Ilham Aliyev laid flowers at a memorial complex erected in honor of the martyrs in the military camp, and planted a tree here.

The head of state posed for a group photo with the servicemen and congratulated them on 8 November-Victory Day.

Providing information about the work done in the military camp, Minister of Defense Zakir Hasanov noted that in order to ensure the service and living conditions of the personnel there are headquarters, canteen, medical point, soldiers' dormitories, bath and laundry facility, parking lot, warehouses for various purposes, as well as other infrastructure facilities in the territory of the renovated military camp.

The military camp features two- and three-story residential buildings, a school and a kindergarten for military personnel and their families. Conditions meeting modern standards have been created for effective recreation of military personnel.

Victorious Commander-in-Chief Ilham Aliyev also familiarized himself with the conditions created in the apartments.