President Ilham Aliyev: This statement contains not single word about status of Nagorno-Karabakh 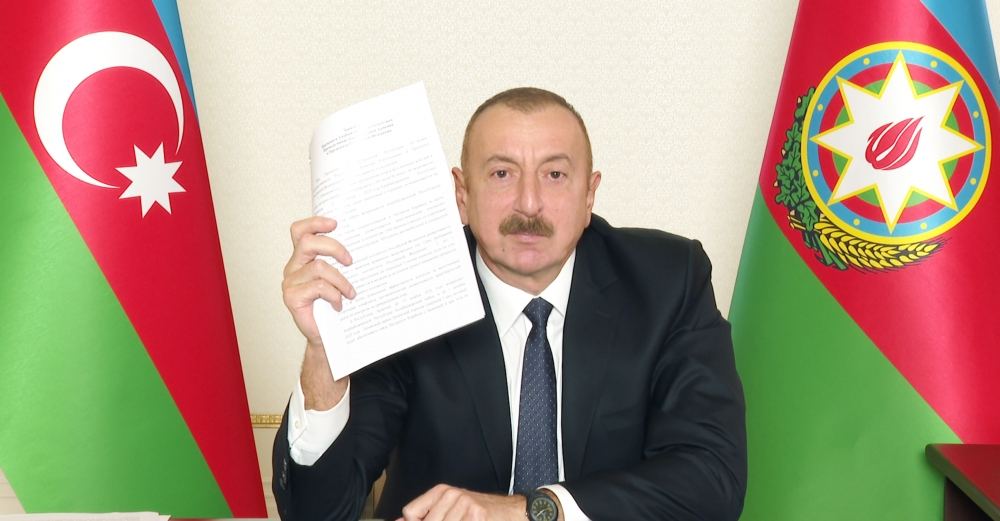 I would like to mention one more issue, President of the Republic of Azerbaijan Ilham Aliyev said addressing the nation on Nov. 10.

“You probably noticed that this statement contains not a single word about the status of Nagorno-Karabakh! Where are the demands of the Armenian side that Nagorno-Karabakh should be granted independence? When I offered them autonomy, they did not agree, they said no, it is an “independent state”. For many years, they have been living as an “independent state” and must gain independence from Azerbaijan. Not a word, Pashinyan! What happened? What is it, Pashinyan? This will probably remain the talk of the town for many years. What happened, Pashinyan? You were going to pave a road to Jabrayil. You danced. But where is the status? The status went to hell, it failed, it was scattered to smithereens, it is not and will not be there. As long as I am President, there will be no status,” the head of state said.