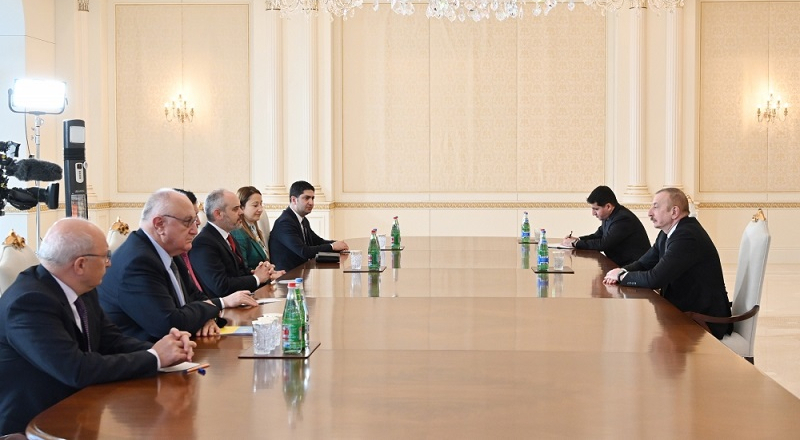 President of the Republic of Azerbaijan Ilham Aliyev has received a delegation led by Chairman of the Foreign Affairs Committee of the Grand National Assembly of Turkey Akif Cagatay Kilic.

The head of state stressed that Azerbaijan and Turkey are always together and support each other, both bilaterally and within international organizations.

“Of course, the support provided by Turkey during the second Karabakh war delighted all the people of Azerbaijan, as you know. And this is natural. Because our two brotherly countries are always next to each other. The political and moral support given to us by my dear brother, President Recep Tayyip Erdogan, from the first hours inspired us a lot, of course. At the same time, the Speaker of the Turkish Grand National Assembly, Mustafa Sentop, and members of parliament expressed their solidarity and support. In other words, the days of war showed again how much our peoples are attached to each other, how much they love and respect each other,” he added.

The Azerbaijani president also highly appreciated his Turkish counterpart’s remarks about Azerbaijan at the recent summit of the Economic Cooperation Organization.