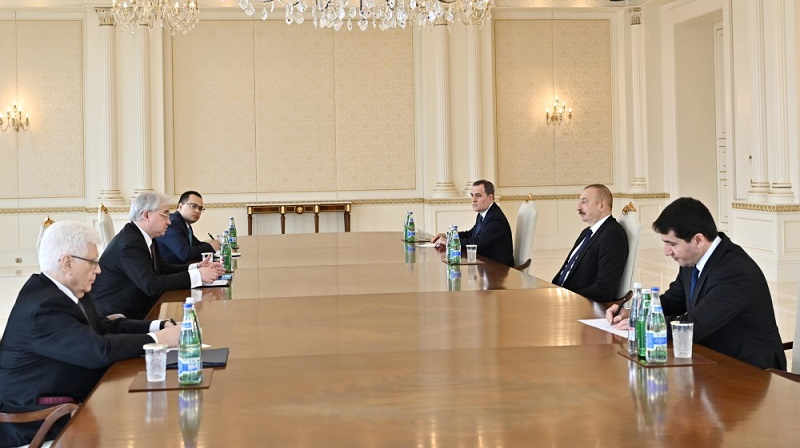 President of the Republic of Azerbaijan Ilham Aliyev has received the Special Envoy of the Ministry of Foreign Affairs of the Russian Federation for normalization of Azerbaijan-Armenia relations, Igor Khovaev.

The sides discussed the issues of normalization of relations between Armenia and Azerbaijan, delimitation and demarcation of borders, and preparation of a peace agreement between the two countries on the basis of five principles presented by the Azerbaijani side.

President Ilham Aliyev emphasized that the composition of the Azerbaijani delegation to draft the peace agreement and the Azerbaijani national commission for the delimitation and demarcation of borders between the two countries has been determined, adding that Azerbaijan is ready for talks with Armenia.

The sides also exchanged views on other regional issues of mutual interest.