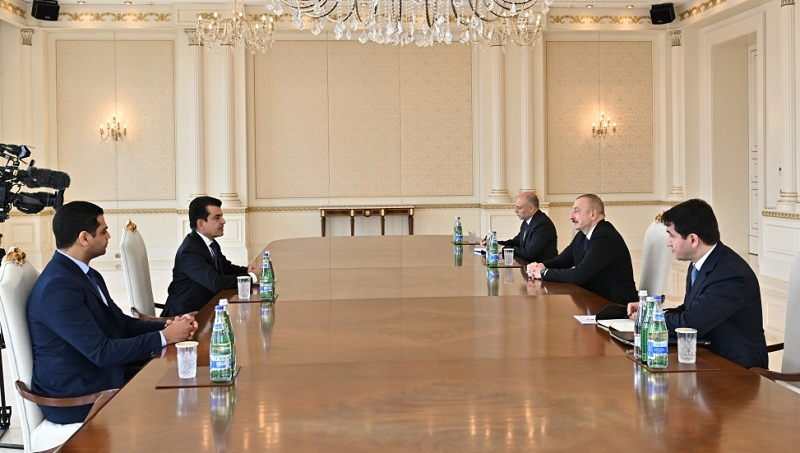 President Ilham Aliyev expressed his satisfaction with the ICESCO Director General's visit to Aghdam and Fuzuli last year and to Shusha, the cultural capital of Azerbaijan, this year, and praised Salim bin Mohammed AlMalik's participation in an international conference in Shusha.

Emphasizing many years of Azerbaijan's fruitful and successful cooperation with ICESCO, President Ilham Aliyev underlined the occupation of Azerbaijani lands by Armenia and commended ICESCO for its continued support for Azerbaijan’s just position during the 44-day war. The head of state noted that his country would like UNESCO representatives to visit the liberated territories and see with their own eyes the destruction unleashed by the Armenians there. Unfortunately, despite the fact that more than a year and a half has passed since the end of the war, representatives of this organization have not visited those areas. President Ilham Aliyev noted that the activities of ICESCO and the participation of its experts could play an important part in assessing the material damage inflicted on Azerbaijan by Armenia and communicating it to the international community.

The President noted the importance of the establishment of the ICESCO Regional Office in Baku in expanding cooperation and thanked the organization for its friendship and partnership with Azerbaijan.

Expressing his gratitude for the kind words, the ICESCO Director General recalled his previous visit to the liberated territories. He noted that the delegation had been disappointed by the situation there, adding that those areas had been destroyed and razed to the ground. At the same time, Salim bin Mohammed AlMalik noted with satisfaction that during his current visit, the delegation was witnessing extensive construction work underway in the liberated territories. Stressing that those places were very beautiful, the Director General of IcCESCO said many people wanted to go there from abroad. In this regard, Salim bin Mohammed AlMalik praised the President's regular visits to the liberated territories, visits to mosques, meetings with people and moral support for those working there. During his visit to Shusha, the ICESCO Director General noted that he had also visited the church, adding that restoration work there was nearing completion.

The ICESCO Director General presented a keepsake to the head of state. 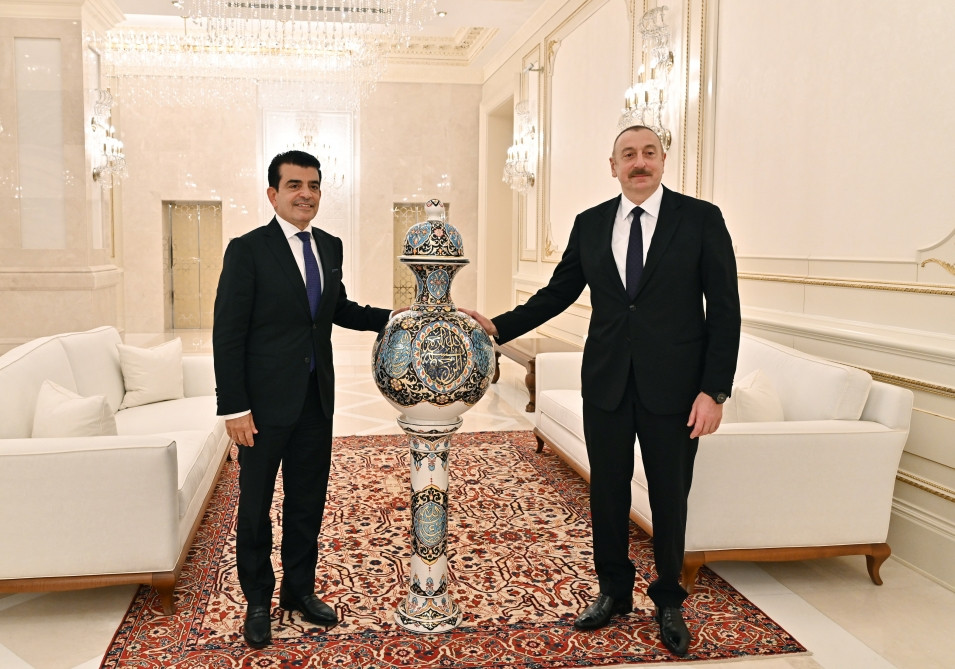