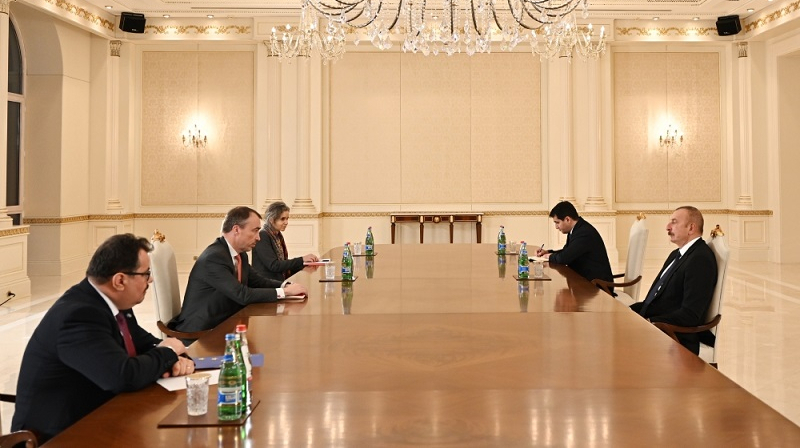 President of the Republic of Azerbaijan Ilham Aliyev has received European Union Special Representative for the South Caucasus and the crisis in Georgia Toivo Klaar.

The sides discussed various aspects of EU-Azerbaijan relations, prospects for cooperation in the South Caucasus, the post-conflict situation and the tensions that arose on the Armenian-Azerbaijani border in November.

They also exchanged views on the agenda of the Eastern Partnership Summit to be held in Brussels this month.

Toivo Klaar expressed condolences to the head of state over the deaths of servicemen as a result of a helicopter crash. President Ilham Aliyev thanked the EU Special Representative for the condolences.